Reebok launches “Life is Not a Spectator Sport” campaign

With a lineup of athletes and artists including Allen Iverson, Arca, Brent Faiyaz, TEMS, Lolo Zouaï and Ghetts, the athletic lifestyle brand aims to inspire fans to pursue passions and become active participants in the world around them 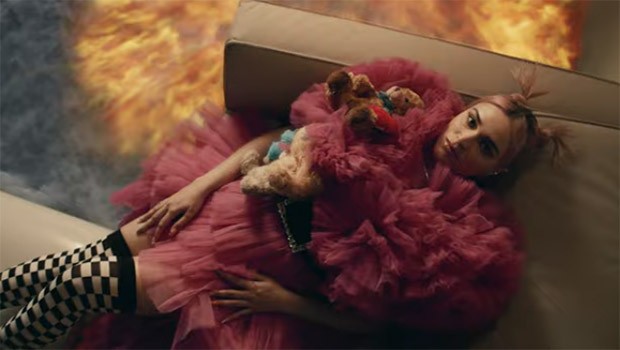 Reebok has launched its “Life is Not a Spectator Sport” campaign directed by Senior Director of Marketing Creative and Design, Jide Osifeso, that inspires consumers to pursue their passions, celebrate their individuality and become active participants in the world around them.

Building upon the brand’s refreshed creative direction led by its in-house agency model that debuted in 2021, the new Spring/Summer 2022 campaign marks the rebirth for the sports and lifestyle brand.

Originally debuting “Because Life is Not a Spectator Sport” in 1984, Reebok is returning to its roots and once again rallying around the timely premise to reintroduce as the brand platform nearly 40 years later.

In this next chapter, Reebok empowers individuals to participate in whatever moves them—whether it be fashion, sport, music, art or activism.

The campaign kicks off with a film featuring a range of inspirational, creative and determined talent, each with a unique, moving story to share—all of whom never watch life from the sidelines.

Each featured partner strives to be the antithesis of stagnant, choosing to embrace and commit to a life of passion, movement and growth—creatively, musically or athletically:

Set against the background of an original piece of music by Arca and narration by Brent Faiyaz, the film spotlights each individual in their element: “Life doesn’t happen all at once. It’s a collection of right nows, beginnings, afters and before hands. The invitation surrounds you: life. Asking you to join in. Because life is happening. Life’s been happening. Life will happen. The only thing is—you gotta happen too.”

Accompanying the hero film are individual vignettes of each artist and athlete in Reebok’s Classic Leather footwear dissecting the meaning of “Life is Not a Spectator Sport,” and defining what “Classic” means to them.

The videos are set against unique backdrops that match each talent’s individuality and catch them at their quirkiest, most expressive and most powerful. The final films capture the key lessons and knowledge they’ve obtained by choosing to participate in life and paving a path to authenticity.

In his individual film, long-time Reebok partner Allen Iverson breaks down the meaning of the campaign in his own words, sharing, “Life is not a spectator sport. You are involved in it; you are a part of it. As much as the world sees me, what they don’t know about me is the honesty, the truth and not being afraid.”

Reebok’s Jide Osifeso said, “With this campaign we wanted to continue the conversation we began last year. A conversation around exploring one’s life and being an active participant in its wonders. The artists in ‘Life is Not a Spectator Sport’ are iconoclasts, each of them driving culture in new, provocative ways that hopefully encourage people to be iconoclastic in their own right.”

It is a fully integrated global campaign across digital, social and traditional media platforms.

Tags: Reebok Life is Not a Spectator Sport campaign
Advertisment
More from this section