The third instalment of the trilogy that began in 1989, the movie is about two time-traveling buddies, Bill and Ted, who team up one last time to save the universe 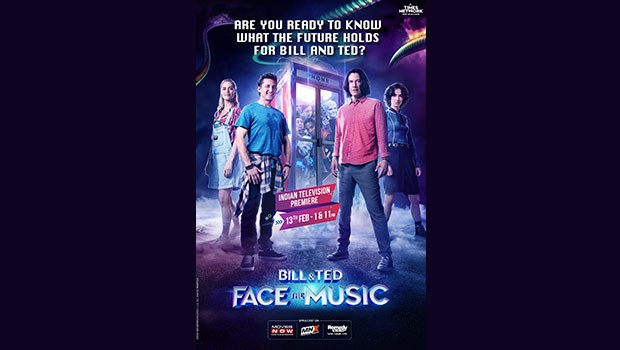 Movies Now, MNX and Romedy Now is set to bring the Indian television premiere of the blockbuster sci-fi comedy ‘Bill & Ted Face The Music’ on Sunday, February 13, 2022 at 1 pm and 11 pm.

The third instalment of the trilogy that began in 1989, the movie is about two time-traveling buddies, Bill and Ted, who team up one last time to save the universe.

Released in the year 2020, the movie has received encouraging reviews from critics. A box office success, ‘Bill & Ted Face the Music’ chronicles the story of Bill and Ted who fail to write a prophesied song that they believe will unite the world. Both their marriages are on the brink of breaking up and their careers are deteriorating, while time and space are beginning to collapse.

But life has other plans for them, as they have to save their daughters from hell and face Dennis, a time travelling robot set out to kill them. With space and time in danger of being wiped out of existence Bill and Ted must do all it takes to write the song that will unite humanity before it’s too late.

Directed by Dean Parisot and written by Chris Matheson and Ed Solomon, the film is filled with effects paired with the goofiness and charisma of the heroes and perfectly recaptures the franchise's original charm.