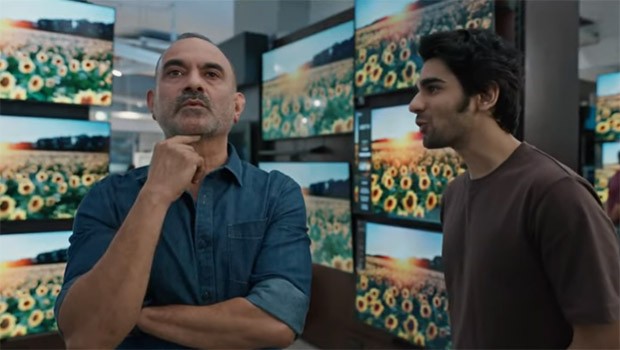 Pandemic has seen a spiking demand for home entertainment as people spend more time at home, and such a demand has become synonymous with increasing Smart TV adoption. With an existing base of non-smart TV customers looking to upgrade, the country holds great potential for the growth of the Smart TV segment.

The campaign’s objective is to make Xiaomi the default choice for Smart TV buyers and further increase the brand’s market share in the Smart TV segment.

The campaign aims to highlight the USP of Xiaomi’s Smart TV, which is a great combination of hardware and software. It leans on the insight that every household has someone who has the final word on all things related to technology – usually a teenager who is ‘Gadget Guru’ of the house; and they don’t just understand technology well, but can also simplify the workings of it in layman’s terms for the rest of the family.

Kris Lukose, Marketing Lead – TV, Xiaomi India, said, “Over the last four years, we at Xiaomi have been working relentlessly towards our commitment to make great smart TV technologies accessible to everyone. As a result, we’re the number one smart TV brand in the country today with huge prevalence across diverse consumer groups in India. We are proud to have played an instrumental role in driving Smart TV adoption in India by offering consumers a deep integration of hardware and software on all our devices.”

“The software on a smart TV is a key differentiator today with changing media consumption habits. And so, with this campaign we want to push consumers to really question how smart is their smart TV really. With PatchWall on our smart TVs and its inherent premium features like Universal Search, IMDb ratings, Kids Mode and much more, we’re certain Xiaomi TVs are the smartest of all smart TV offerings today.”

Lowe Lintas Bengaluru has built this campaign around the life of a father-son duo in the various films; the son uses features of Patchwall to help his dad come out of sticky situations.

The films produced by Lintas C:EX feature Manish Chaudhary in the father's role and Prit Kamani playing the son. Three unique features of the Patchwall are highlighted in the films – Universal Search, Kids Mode and IMDb Ratings.

Sagar Kapoor, Chief Creative Officer, Lowe Lintas, said, “In a world where people only look at the hardware features in a smart TV, what actually makes a TV a smart one is the software behind it. In this case, Xiaomi’s Patchwall software is the brain of the TV and its amazing features make it a truly smart TV. The clarity in the brief led us to crafting a campaign that was both simple yet engaging. While the stories are based on the features, we wanted to ensure the overall communication doesn’t become just functional. Hence the idea of the father-son duo was cracked. This helped us package all the functional information in a fun storytelling format.”