The iOS update called ATT that came into effect in 2021 lets users have control over their data streaming through various apps. We speak to experts to understand how the increasing cookie-less environment is impacting the digital advertising environment ad what this means for India 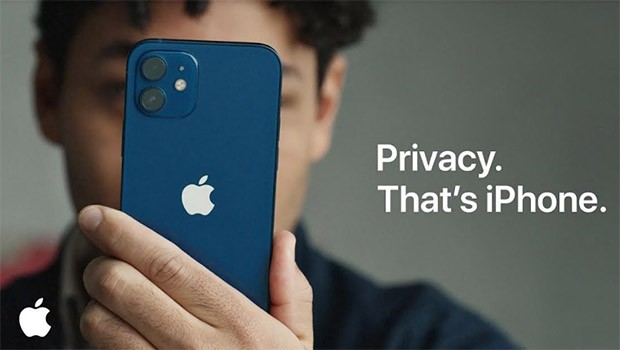 Amid growing concerns about data privacy across the world, Apple had rolled out an ios update called ATT (App Tracking Transparency) that lets users shut the data streaming from various apps in April 2021.

Prior to this, tracking on iPhones and other devices was on by default. Tech giants such as Meta, Chrome and Apple have tools that track a user’s web behaviour and share it with advertisers for displaying relevant ads, commonly known as ‘targeted advertising’. This is also a huge revenue source for these tech giants.

According to AppsFlyer.com, the global adoption rate of this update is 82% currently. As a result, when Meta announced its results for Q3, it was reported that its revenue went down by $ 10 billion. Meta CEO Mark Zuckerberg had earlier opposed the ATT update and stated it directly impacts the small businesses that rely on tracking solutions to attract consumers in difficult times.

Unlike international markets, the number of iOS users are limited in India. However, Facebook’s loss is once again reminding the industry about the importance of first-party data, say experts. Prior to this, Chrome had also announced that it is phasing out with third-party cookies by the end of 2023.

Speaking about how this environment might affect the Indian market, Mihir Palan, Vice-President Media at Kinnect, said the level of iOS penetration in India is very minimal, probably 10%, so it does not affect anyone immediately but it's not something advertisers can ignore.

“Target advertising not only from an iOS perspective but even from an android perspective is under a situation where things are going to get more and more challenging for brands. Extreme dependency on cookie specific campaigns is going to be a point where brands will have to think about how they are approaching the entire ad spends. They will have to think about the right media mix, and take into consideration other sources of data. Our estimates are by the end of 2023, the entire advertising world will be operating without cookies,” Palan said.

Experts are of the opinion that even though iOS users are limited in the country, they are often assumed to be the premium audience segment and are targeted by niche brands. This can, therefore, be a challenge for premium market advertisers. 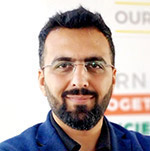 Ritesh Singh, Co-founder and MD, #ARM Worldwide, said “India market POV specifically in case of Apple privacy, there won’t be a major and or an immediate impact on the Indian market considering India is an android-first market. However, the impact will be visible when it comes to high-value products or luxury brands, where dependence is high to target Apple users specifically.” 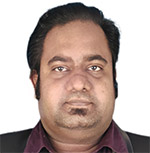 Adding to this, Keerthi Kumar, Business Director, South, FoxyMoron, said premium users also have different browsing behaviours and look at different types of products, the flip side to this privacy policy is not the fact that you will not see ads, but you can control who gets more detailed information about a user’s behaviour.

“There could be a time where users start opting to be followed to see more relevant ads than random ads which they have no use for. We would move to a more tech-first approach with VR, AR or look to incentivise users to opt-in at every stage going forward. The metaverse could be a key differentiator as well,” Kumar said.

“First-Party Data has to be the focus for all businesses/brands, more each brand will know about their current and prospective consumer, cheaper will be its conversion cost. From advertising POV, enhanced focus on content (long or short-video and text, images, and games) all possible content tools will gain importance and also the need to automate the production of content. Brands with stronger Martech systems will win,” Singh added.

What will be the long- and short-term impact of a cookie-less world on India?

Saurabh Verma, Founder and CEO of Wonderlab India, said, “To me, this whole issue is about how these platforms (Meta and Chrome) are trying to evolve. Even without third-party data, there are slim chances of the consumers seeing an ad that is not in their interest. The whole paradox between privacy and personalisation will keep evolving with more consumers getting comfortable with sharing in their capacity.”

He said compared to the EU (European Union), relatively India is very relaxed when it comes to privacy rules and regulations. In the immediate period attention will be given to probabilistic approaches and first-party data will be extremely important.

Similarly, Singh stated that as brands will invest in these solutions, agencies will get more money but also additional work compared to today. It remains to be seen whether it will come at an additional cost or lesser costs.

“As far as Google’s cookie-less environment is concerned, it’s a win-win move for both users and Google. Brands will need to spend more on display/video to be able to gain more from advertising dollars. There is a lot to get unfolded in the coming six months as Google rolls out more details on both android’s follow up move to Apple’s stance and also on cookie less world, plus Facebook’s next move to get their revenue back on track,” he added.

According to Palan, ROI for brands that have still not invested in going the last mile to get their own data will take a hit. “Brands that are going to be laggards will suffer. CMOs will have to not only be best friends with CFOs but also CTOs. Brands that are investing heavily in building tech management platforms to understand and capture data are going to get rewarded in the long run.”

Palan also stated that this has given a lot of space for start-ups to come in and improve the web experience of users as well as target users to share their data in a safer manner. “I feel at a bigger level there will be multiple innovations coming up in the market. There will be multiple new browsers that will reward users to start opting in for sharing their data in a safe environment.”

“For example, if you are an ios user and you get an ad that is extremely personal that also becomes a part of your web experience. So, while you may choose a privacy safe environment now, your entire web experience may end up looking very boring. This again creates a space for start-ups like brave browser that rewards you if you share data in a safe environment. The power is going to go into the hands of the end-consumer. This will democratise the entire advertising industry.”

While Meta has faced losses worth billions of dollars, Apple’s own advertising revenue has shot up in Q4, said, Palan. “They (Apple) are not stopping targeting people but stopping other browsers to take away that data. Over a period of time, I see that there will be consensus and agreements between multiple tech players as they cannot survive without each other.

On the other hand, Kumar said there will be more investments in top of funnel marketing rather than the last mile click at the end as tracking iphone users will become impossible.

“Branding campaigns for the key objective of reach and awareness might increase, this with the lack of tracking might push more budgets towards influencers and direct traffic campaigns to bring people on to websites where tracking conversions can be done much better than on Facebook. This could also lead to incentivising users to subscribe and give brands permission. This could lead to increasing spends on data collection. Key KPIs might have to be re-looked at going forward. Pageviews and revisits may be more important than actions taken if the action can’t be tracked.”

How are digital agencies and brands navigating the situation?

Singh said that the cookie-less route taken by the giants will not hamper anyone, either brands or agencies, as ads are a huge revenue generator for them. “The mode of operation will change, so we are not worried but we will open and embrace those changes and the entire model. If Google is launching a new update, it will also be launching new ad solutions. The idea will be to adapt to these newer technologies and roll them out faster for our clients.”

According to him, agencies will get more money to spend on awareness on one end and on the other end a lot of work to do on the performance side, to be able to deliver expected ROIs. He said forward-looking marketers with MarTech systems in place will/should start making all possible efforts to increase collection of first-party data.

On the other hand, Palan said they have been partnering with Google to understand how the agency’s existing clients with limited budgets can leverage their solutions. “For large brands, we have built our own data science department and we have also built a customer experience department. We bring both these data together and encourage clients to build their own servers to capture the data of people who visit their website. Later we will also get data-scientist who will build reliable data cohorts. It is a long journey, not something that can happen very soon.”

“Everyone is at an experimental stage so there is no definite answer. However, change and disruption are inevitable. What’s important is the quality of solutions that comes from these partners (Meta, Chrome, ios),” he added.