The petitioners had claimed that the games are more skill-based and chanced based rather than gambling. The High Court bench said that the “provisions are declared to be ultra vires under the Constitution” and hence were struck down 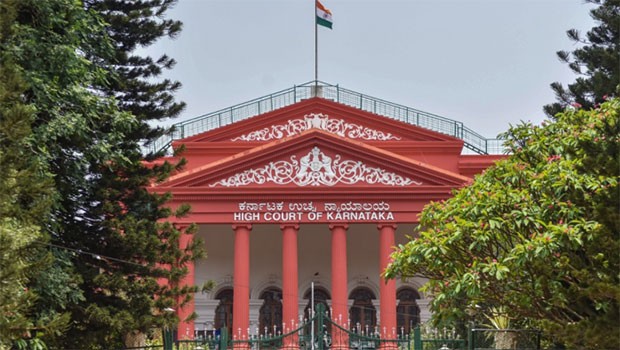 The High Court of Karnataka has struck down key amendments to the Karnataka Police Act, 1963, which were brought in last year to ban all forms of gambling, including online, in the state to curb menace of gaming through Internet and apps.

The petitioners against the amendments, including the All-India Gaming Federation, had claimed that the games are more skill-based and chanced based rather than gambling. The High Court bench said that the “provisions are declared to be ultra vires under the Constitution” and hence were struck down.

While declaring the order, the bench said, “The consequences of striking down the provisions shall follow. However, nothing in this judgment shall be construed to prevent appropriate legislation be brought about concerning the subject of betting and gambling, in accordance with the provisions of the constitution. A writ of mandamus is issued restraining the respondents from interfering with online gaming business and allied activities of the petitioners.”

The ruling comes nearly two months after the division bench, comprising Chief Justice Ritu Raj Awasthi and Justice Dixit, had reserved their judgment on December 22, 2021, in petitions filed by the AIGF and gaming companies opposing the ban.

Welcoming the judgement, Roland Landers, CEO, All India Gaming Federation stated, “India is the fifth-largest online gaming market globally and skill-based gaming, a sunrise sector, is giving birth to an increasing number of unicorns within the country, especially Karnataka. The sector has been a strong financial contributor to the Indian economy even during an unprecedented period of slowdown and is further expected to generate revenues in excess of $ 3 billion by 2025. As the apex industry body for online skill gaming, AIGF welcomes the judgment passed by the court that strikes down the law banning online games. Coming in succession of the positive judgments for online skill gaming by the Kerala and Madras HC in 2021, this is a step in the right direction to grow the burgeoning gaming industry.” 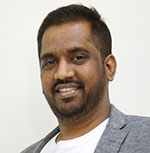 Mitesh Gangar, Co-Founder, PlayerzPot, said, “It is a major relief by Karnataka High Court and will pave the way for all brands to start its operations in Karnataka. The state contributed to a sizable chunk of user base and revenue for us and this ban uplift will allow our users to come back to skill-based gaming. Gaming is growing day by day in India and such positive impact decisions will help the industry to grow at an accelerated rate. We believe that in drafting any regulations the stakeholder of the business should get a fair opportunity to put forward their point to avoid any similar bans ahead. The future of gaming in India is bright and this ruling is in favour of the anticipated growth trends of the industry. Lastly, we are keeping our firm footing for being a responsible gaming and will endeavour to maintain it.”

Similarly, Puneet Singh, Co-founder and COO, Baazi Games, said, "It’s a great day for the RMG industry. This segment is being recognised again and again especially from top judicial institutions of the country. Even the central government has been showing support to the gaming industry as seen in the recent budget presented by the Hon’ble FM. I am sure all state governments will also support the industry to realize its true potential, both for employment opportunities and revenue generation which can also be a big contributor to the GDP. This will also boost the investor sentiment towards the segment.”

While the gaming sector is boosting since the pandemic hit, the industry is expected to grow in the coming years. Zupee, a skill-based gaming platform, said, “India is at the forefront of gaming innovation and we have a chance to become a global gaming hub, and a secure and facilitative policy ecosystem is crucial to achieving that. Prior to Karnataka, the Kerala and Madras High Courts also struck down the bans against online gaming, providing hope to what is now considered the “sunrise sector” in India to commit fully to helping India achieve the 1-trillion-dollar digital economy dream by 2025. This judgment also reasserts the Hon’ble Supreme Court’s view that online skill-based games are perfectly legal businesses and should be allowed to run, grow and expand as would any other legitimate business.”

Bimal Julka, Chairman - FIFS, said, “While we wait for the detailed judgement copy to analyse it minutely, on behalf of India's Fantasy Sports ecosystem, I would like to thank the Hon'ble High Court of Karnataka for its positive judgement on India’s Fantasy Sports industry today. The verdict is welcome news for all the sports fans in India, the biggest market for Fantasy Sports globally, with 13 Crore+ users playing across 200+ platforms. This judgement follows other positive judgements given by Hon’ble High Courts of states such as Punjab & Haryana, Rajasthan, Bombay that recognised Fantasy Sports as games of skill and a legitimate business activity protected under Article 19(1)(g) of the Constitution of India. The view has been further upheld by the Hon'ble Supreme Court multiple times.”