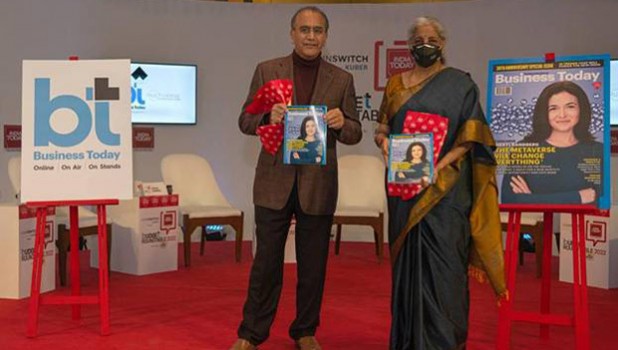 On the completion of 30 years of the magazine, Business Today’s anniversary issue has brought out two volumes which culminate in the bumper issue that encapsulates 15 critical areas that aim to define the future of a nation.

India Today’s Budget Roundtable also witnessed participation of stalwarts from the industry and the policymakers who were the brain behind the Union Budget 2022.

The 30th Anniversary issue reiterates the power of the Business Today Multiverse, in which the magazine stands firmly and proudly at the centre, with a robust and powerful television and digital ecosystem revolving around it.

One of the biggest editions ever of the magazine, the 30th anniversary issue has an impressive seven covers, 162 pages of editorial content, and 75 pages of advertisements from across categories like BFSI, IT, Luxury, Education, and real estate among others, which include several innovations.

This has not only enabled the magazine sales to revive in the post-pandemic world but also accelerated growth in circulation.

As a result, Business Today has already surpassed the pre-Covid numbers in terms of circulation by end of January, and with the anniversary jump of 33 per cent, it has scaled an all-time high, as per the brand.