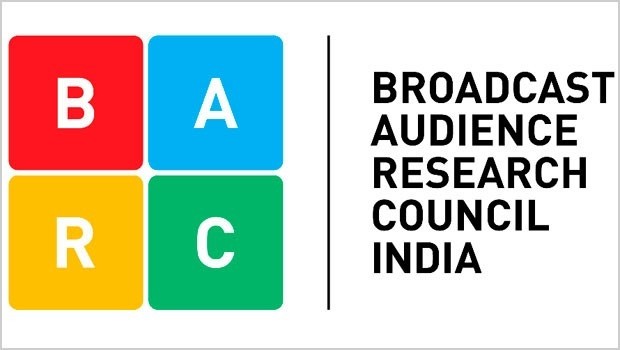 BARC India has written to its subscribers that it intends to commence release of individual news channel 4-week rolling average data with effect from Week 10, 2022, which is Thursday, March 17, 2022.

BestMediaInfo.com had reported on January 20, 2022, that the News genre's 17-month wait for TRPs would end on March 17.

In its notification, the television rating agency wrote, “After an extensive evaluation process, and a series of consultations with stakeholder representatives on the TechComm, BARC India arrived at a statistically sound and effective solution - the Augmented Data Reporting Standards for the News and Special Interest genres.”

Furthermore, all viewership data will be published on the same YUMI platform.

These Augmented Data Reporting Standards have been rigorously tested over several months and are now industry-ready for rollout to subscribers, BARC India wrote.

In addition to the weekly currency audience estimates that all channels receive, BARC India will also provide News and Special Interest genre Broadcasters with the following:

a) Unrolled audience estimates only for their own channel(s) in a separate YUMI database. For the sake of clarification – Channel X would receive individual weekly estimates ONLY for that channel, and not of any others. Of course, where broadcast networks have more than one channel, they will receive the unrolled estimates for each of their channels. The audience estimates in this database will be nontransactional and only for internal analysis purposes. Channels shall not use this data in the public domain. These unrolled audience estimates will only be released to the respective channels 4 weeks after the first rolled augmented data release date.

b) 12 “Customised Events Report” – CERs (defined as reporting of an event in a single day) in a financial year, with 3 non-transferable CERs issued per quarter, to each channel, based on their specific request. These reports would be based on unrolled data for “events” such as special news events, premiere shows, etc. Broadcasters can use the CERs for the purpose of socializing/marketing communications, sharing with trade/media. CERs will be made available from Week 14 data release.

Release of past 13 week’s data

Furthermore, the past rolled data will be released as per the Ministry of I&B’s guidelines which requires the release only of the previous 13 weeks data prior to the week of resumption of data under the Augmented Data Reporting Standards, viz., 4-week rolling average basis.

However, this past rolled data will not be made available for those channels that choose to opt-out of receiving this data.

To clarify further:
i. Only 4-week rolling average data will be provided to channels for these past 13 weeks. No unrolled data will be provided.
ii. For the channels that opt-out, that is request that their past 13-weeks data not to published, their individual channel level data will not be available in YUMI, and hence the same will not be available to any subscriber including themselves.
iii. Data for all the channels that “opt-out” would be clubbed under the ‘Other Channels’ category, in order to ensure that estimates for Total TV or Total News remain unchanged from previously released data.
iv. For all other remaining channels, that is, those who have chosen not to opt-out, their audience estimates (of the above mentioned past 13-week period) will be automatically published, and the data would be available to all subscribers of YUMI.

"All News channels may kindly note that the opt-out choice for past 13 weeks data is a one time choice that cannot be changed thereafter," BARC India said in its letter. "Once the data is published (or not), as per the choice of the broadcaster, BARC will not be in a position to change the opt-out status at a later date."

Subscribers will have to convey their decision to opt-out to BARC India, in writing, no later than Thursday February 17, 2022.

Outstanding dues for all subscribers

"All subscribers may please note that all outstanding dues must be paid prior to the finalised date of release. Please also note that those subscribers who choose to opt-out and not have their past data released, will also need to pay their subscription fees for the period from Week 40, 2020," BARC India said.