As ASCI takes up EaseMyTrip’s claims with Central authorities, EaseMyTrip files case against the ad regulator 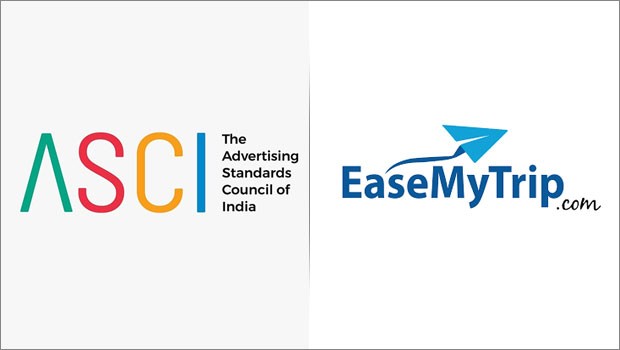 In the latest development in the matter between the Advertising Standards Council of India (ASCI) and EaseMyTrip, the latter has filed a civil lawsuit against the advertising regulatory body. This comes right after ASCI decided to take up a complaint against the online travel company with central bodies, Central Consumer Protection Authority (CCPA) and Ministry of Information & Broadcasting, for ignoring its advice on a piece of communication.

In an advertisement, the online travel company had claimed to be India’s “second-largest online travel aggregator”. This was found to be false by the ASCI Consumer complaints council. However, according to EaseMyTrip they are not members of the ASCI and this is why the advertising regulatory body has no jurisdiction over it. Speaking to BestMediaInfo Bureau, EaseMyTrip said it is taking the matter to court for settlement.

“At the threshold, we must apprise you that the actions of ASCI are beyond jurisdiction as EMT is not a member of ASCI. As per ASCI own rules, it cannot exercise any right over non-members, thus, any decision or proceedings by ASCI is void at the outset,” said Himank Tripathi, President- External Affairs & Investor Relations, EaseMyTrip.

“Further, we wish to inform you that we have already filed a civil suit challenging the decisions of ASCI on many counts and presently the matter is sub-judice before the court and next listed (for hearing) on March 22, 2022. The court has issued a notice to ASCI in the said matter,” he added.

BestMediaInfo.com also reached out to ASCI for its comment on the matter, however, they refused to do so, stating they would wait for the settlement of the case before they speak on it.

However, according to a senior-level advertising executive, ASCI can adjudicate on complaints of its non-members too. In an earlier case that involved a Delhi-based tech firm, the Delhi High Court had said that ASCI’s decisions will be binding on both its members as well as non-members.

It must also be noted that ASCI works closely with various Government departments of the country, like the consumer affairs department, I&B and Ayush ministries, CCPA, and (FSSAI) Food Safety and Standards Authority of India.