The campaign that kick started, has content that has been tailored to cater specifically to the liking of the city's audience 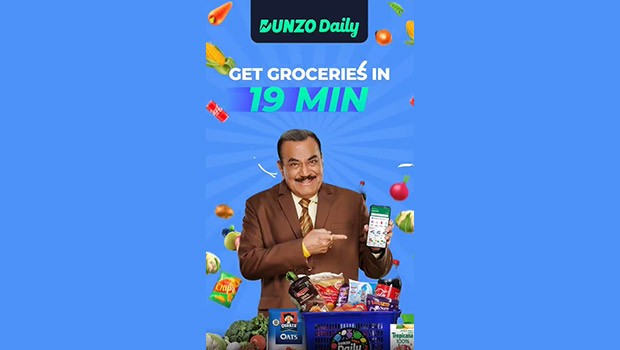 Dunzo, the quick commerce and convenience player, has roped in thespian Shivaji Satam, who is best known for playing the role of ACP Pradyuman in the popular crime TV series CID, as the face of their brand campaign for Dunzo Daily in Pune.

As the Dunzo Daily experience is being rolled out in Pune, the campaign that kick started, has content that has been tailored to cater specifically to the liking of the city's audience.

Satam, in his first video for the brand, is seen using his catchphrases from the show CID, highlighting Dunzo Daily’s proposition of seamless, on-demand delivery of essentials in less than 19 minutes.

The film was released through Dunzo’s official social media handles recently. Like the others, this brand film is also conceptualised, written, and directed by Dunzo’s in-house brand team led by Sai Ganesh and shot by Basta Films.

“We have all grown up watching and enjoying Shivaji Sir’s performances on television for years. Being a Hindi and Marathi film industry stalwart, he enjoys a strong connection with our consumers in Pune, and we believe he is the perfect fit for the campaign to reinforce Dunzo Daily’s proposition of providing Pune citizens with hassle-free, instant delivery of essentials under 19 minutes,” said Sai Ganesh, Head of Brand - Dunzo.

The campaign drew parallels between the grocery-related drama in Indian households and every Indian’s go-to place for all things drama - Bollywood. Using iconic dialogues like "Tareekh pe Tareekh" and "Sattar minute hai tumhare paas" to songs like "If you come today", it showcased the exaggerated contrast between the struggle of shopping at alternate places versus the ease of shopping on Dunzo Daily.