Starting with actor/singer Pawan Singh’s birthday on January 5, Makar Sakranti on January 14, the special line-up of movies will continue on Republic Day, January 26, and Valentine’s Day on February 14 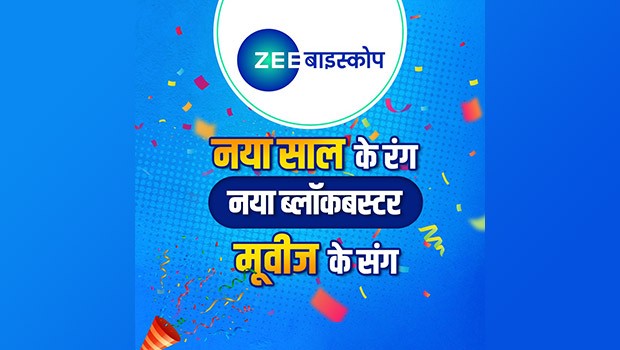 Bhojpuri entertainment channel Zee Biskope will be offering a range of new blockbusters, world television premiers and movie festivals to viewers as part of its initiative to usher in the New Year.

Starting with actor/singer Pawan Singh’s birthday on January 5, Makar Sakranti on January 14, the special line-up of movies will continue on Republic Day, January 26, and Valentine’s Day on February 14.

Going forward the quarter will also see original non-fictions and award IPs being offered to keep the viewers hooked.

As an ode to the ardent Pawan Singh fans, the channel will showcase some of his biggest blockbusters on January 5. The movie marathon will include titles such as ‘Tere Jaisa Yaar Kahan’, Challenge, ‘Mera Watan’, ‘Maa Tujhe Salam’ and ‘Pawan Raja’.

Next in line is Makar Sakranti, a festival that holds immense value in the Bihar, Jharkhand and Purvanchal region. Marking the festival of love and hope, Zee Biskope is bringing a five-day movie festival ‘Pyaar Ki Patang’ between January 10–14.

The festival will wrap up with the world television premiere of ‘Babul’, starring Awdhesh Mishra and Neelam Giri, a family entertainer. All the movies will be premiered under the prime-time band at 6:00 PM.

On January 26 the audience will get the chance to indulge in movies like ‘Dabang Sarkar’, ‘Border’ and ‘Commando Arjun’.

On Republic Day the channel is also bringing the world television premiere of ‘Diler’ movie, featuring actors Nirahua and Akshara Singh, at 6 pm.

Moving forward, on Valentine’s Day the channel has planned the world television premiere of ‘Balamji Love You’, featuring actor Khesari Lal Yadav with his leading ladies Kajal Raghwani and Akshara Singh. The movie will be featured on February 14 at 6 pm.

Apart from this, the brand will also launch its VDay special viewer engagement drive.

By March, the channel will bring other original non-fiction and also present to its viewers the International Bhojpuri Film Awards.

Samrat Ghosh, Chief Cluster Officer – East, ZEEL, said, “We have always believed in entertaining our viewers as per their content preferences. This premise of curation extends to our esteemed partners as well. Brands now look forward to establishing strong value proposition for acceptance and through the curated innovative offerings, Zee Biskope creates opportunities for customised solutions for brands to help them establish their value parameters sharply amongst their target audience.”

Amarpreet Singh Saini, Chief Channel Officer, Bhojpuri Cluster, ZEEL, said, “With a greatly successful 2021, we are delighted to bring an exotic bouquet of content in the new year that not only caters to cinephiles but also celebrate ‘Bhojpuriyat’ through and through. Every special day, festival or occasions are reason for us to rejoice. The new year will see us serving hyperbolic yet delightful Bhojpuri family entertainment of varied kinds with novelty and innovation at every step. Wishing all of you a Very Happy New Year.”