The film, which is a sequel, drives home the message that Tata Pravesh’s doors and windows come with their own frames which can be easily screwed into a finished wall and that Individual Home Builders (IHBs) need to call the brand’s customer care before installing an ordinary frame 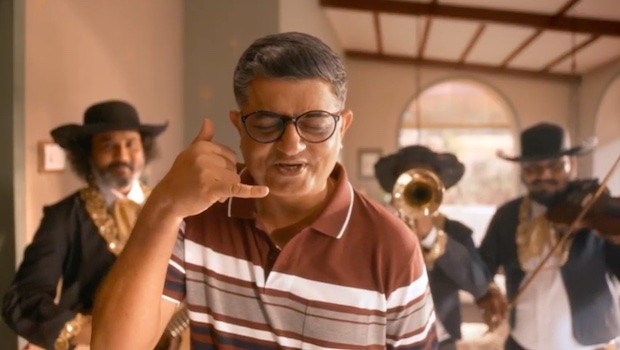 Wunderman Thompson South Asia has made a sequel, ‘The Surprise Visit’, to the first thematic film for Tata Pravesh, the brand which deals in wall opening solutions.

The team has brought together actors Gajraj Rao, who also featured in the first film, and Priyamani, for the sequel.

A year back, the first thematic film for the brand drove home the message that Tata Pravesh wall opening solutions are ‘Akela Hi Kaafi’ because they have unmatched strength, are termite and fire-resistant, weatherproof and maintenance-free.

The campaign with the film as its centrepiece had led to an exponential increase in google searches, sales call volume, organic website traffic and intent to purchase. While the campaign had a significant impact on awareness of the category and brand and consideration for Tata Pravesh, it did not have as much of an effect on actual purchase in terms of average monthly customers.

Customers who had decided to purchase Tata Pravesh after being exposed to the campaign found that they could not because they had already installed ordinary frames in their walls. Tata Pravesh products fit only the frames they come with. Breaking down the wall to remove the ordinary frames was not an option. Hence, even with the best of intentions, such customers had to settle for wooden doors and windows.

However, if the interested individual home builders (IHB) would have approached the customer care personnel they would have received advise on the exact size of opening to be kept in the walls for Tata Pravesh doors and windows. Moreover, the IHB would be advised not to install an ordinary frame at the time of brickwork since Tata Pravesh products come with their own frames which can be easily screwed into a finished wall.

The Wunderman Thompson team made the sequel to deliver this message to the future buyers.

The message is two-fold - Tata Pravesh comes with its own frame. So, remember to call the customer care number before installing an ordinary frame.

Gajraj Rao plays a ‘family man’ in the film which makes casting Priyamani all the more appropriate. The story begins with Priyamani calling on Rao to enquire about the stunning Tata Pravesh door at the entrance to his home. Rao is completely mesmerized by this ethereal beauty at his doorstep and a romance begins to brew in his imagination on overdrive.

A 360-degree campaign anchored by TV has been conceptualised to drive home the dual message. Produced by Small Fry Productions, the film is supported by print, OOH, POS and digital.

Animesh Roy, National Business Head - Tata Pravesh, Tata Steel, said, “The previous campaign 'Akela Hi Kaafi Hai' helped Tata Pravesh enter the consideration set of customers and we're proud to be part of 50,000+ Indian homes. The latest film will hopefully bring many more households into the Tata Pravesh family. The popularity of Gajraj Rao and Priyamani will not only further enhance awareness of the brand but also effectively deliver the message that Tata Pravesh comes with its own frame and Individual Home Builders (IHBs) need to call us before installing an ordinary frame.”

Arjun Mukherjee, VP and Senior ECD, Wunderman Thompson, Kolkata, said, “In this film, we take up where we left off in the first one. Gajraj Rao is no longer the naive, unsuspecting customer of the first film. And Priyamani makes a heart-stopper of an appearance in this one. The effort was to tell the story in an entertaining and engaging way with penny drop moments that are sure to bring a smile. Who says you can’t have fun while introducing a toll-free number?”

Vijay Jacob Parakkal, Senior VP and Managing Partner, Wunderman Thompson, Kolkata, said, “Getting Gajraj Rao and Priyamani together was a casting coup of sorts by the Wunderman Thompson team. They really helped bring this script to life and made it a very entertaining and memorable film. We are really looking forward to seeing the response to this new Tata Pravesh campaign.”