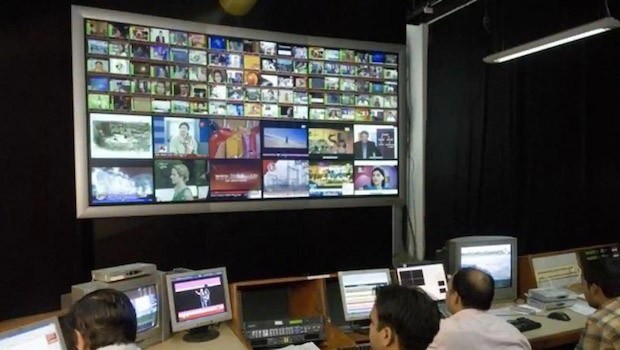 Who wouldn’t like to write off 2020 from their calendar which was nothing less than a disaster for the broadcast industry?

Cut to 2021. The industry might have seen moderate growth over 2020, helping the sector recover to the tune of 90% of the pre-Covid level. The delta variant, however, caused a more significant and personal loss to thousands of professionals engaged in the business.

Now 2022 has arrived with a far scarier variant of Covid knocking on our doors. While the industry’s growth will depend on the severity of Omicron’s impact on people’s lives and medical infrastructure, there are a series of events which have the potential to drive the growth.

The Telecom regulatory authority’s New Tariff Order single-handedly disrupted the entire broadcasting ecosystem. As if the regulator was still not satisfied with the punishment meted out to the sector it devised new formulae to further disrupt the sector with what is commonly called NTO 2.0.

However, the regulator under its new Chairman PD Vaghela has been engaging both broadcasters and the DPOs to solve the thorny issues. As reported by BestMediaInfo.com last month, the regulator wants to give more flexibility to the broadcasters in matters such as the MRP, designing the bouquet and giving discounts on it. And if everything falls in place, we will see NTO 2.0 near-scrapped.

Will BARC India gain the trust of industry?

“BARC is dead.” “BARC ka kuchh nahin hona.” It was painful to hear these statements from many stalwarts of the industry after the nexus between Arnab Goswami and Partho Dasgupta was exposed. Not only did it hurt the news genre, whose TRPs are on hold for more than a year now, but it also resulted in loss of trust for the country’s only television audience measurement system.

The million-dollar question is when will the news genre’s TRPs resume? Is there a show of strength by both NBA and NBF on this issue as the former wants the ratings to resume after the system is made corruption-proof and the latter is demanding to resume the ratings with immediate effect?

While both the industry bodies keep interpreting the current situation the way it suits their narratives, BestMediaInfo.com is in the position to confirm that the ratings for news genre would resume only after a significant part of the TRP committee report is implemented. The government and BARC India’s constituents are actively working towards this which will eventually bring the trust back into the system.

Would the Sony-Zee merger be a reality?

This is another big development the industry is eyeing in the new year. The closing of the transaction is subject to certain customary closing conditions, including regulatory, shareholder (read Invesco), and third-party approvals.

The actual struggle for the proposed Sony-Zee merger might not be restricted to getting approval from shareholders as Invesco opposes the deal. Getting the nod of India's competition regulator for the merger may turn out to be a much more difficult task than it was previously thought to be.

Be it regulatory or shareholders or third-party approvals, the industry will be closely watching this deal as it has the potential to influence the market, including the pricing for subscribers or advertisers or cable operators.

Advertisers to continue scrutiny of news channels for toxicity

Defenders of toxicity on news television argue that advertisers should not dictate the coverage by news channels. But they forget that the advertisers have spoken against the toxicity in terms of misleading, misbehaving and misinforming, and not the kind of coverage that they do.

They continue side-lining the channels that resort to the toxic and harmful presentation of what could be simple news or debate.

Currently, advertisers have the excuse of “no ratings, no business” when they want to exclude a certain channel from their media plan, but they will soon find out other excuses for denying business to channels relying heavily on toxic content.

Tags: 2022 will be an important year for India’s broadcasting industry
Advertisment
More from this section