What is Advertising and Marketing sector expecting from Budget 2022? 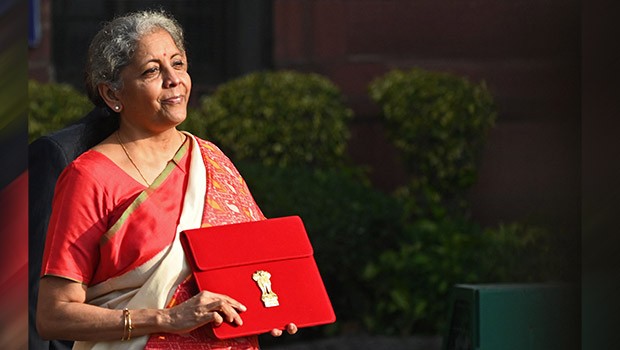 The Union Budget is slated to be announced by Union Finance Minister Nirmala Sitharaman on February 1, 2022. The Media and Entertainment (M&E) industry, including the advertising and marketing (A&M) sector, is hopeful about Budget 2022 and expects the Government to provide some relief to it along with increasing liquidity in the market and some other reliefs.

According to Government estimates, India’s GDP contracted 7.3% in 2020-21, however, it is estimated to grow at 9.2% in 2021-22. The contraction in GDP affected the M&E industry significantly and it is still reeling from its effect.

This time the print and radio industry players, in particular, are expecting the Government to help and strengthen traditional mediums in this Budget.

Nisha Narayanan, Director and COO, Red FM and Magic FM, said, “We are hoping that the Government escalates its budget for a traditional medium like radio. We understand that money that goes to the public is returned to the business via trade and ultimately gives the tax advantage to the Government. More money at the dispense of an individual and industry delivers superior and outmatched advertising. Therefore, we would like to become the facilitator in this direction and look forward to the growth of advertising.”

“We are anticipating the Government will become an enabler for the radio industry and implement certain relaxations on license fee; special tax benefits on Capex expansion and up-gradation of the technology. Meanwhile, we would also like to highlight the impending request to allow news and current affairs on FM stations. This, in confluence with the extensive support required to expand digital broadcasting that requires colossal investments, is significant assistance we’re looking forward to. Furthermore, we would also appreciate the consideration on expanding the geographical coverage area of the licenses, especially in smaller cities wherein monetisation opportunities are low,” she added. 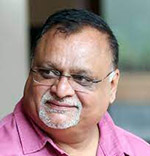 MV Shreyams Kumar, Managing Director, Mathrubhumi, said, “The nature of the medium (radio) is such that its survival is dependent on both macro as well as micro-economic factors. As the overall business sentiments improve, as well as the ability for radio to also conduct events, a mainstay in the ad revenue pipeline, revenues will start picking up. Since the business is largely dependent on advertising, lockdowns have impacted it a great deal. Radio has always supported the Government in ensuring its various messages are taken to the last person. A relook at the Radio advertising GST and increase in Government ad spend on Radio could be big boosters.”

Kartik Kalla, Chief Creative Officer, Radio City, said the prime expectation from the upcoming Union Budget 2022 is that the media industry’s tax component must come to 5% from the current 18%. “As the country is gearing up to integrate 5G technology, it can positively impact the radio sector which is looking to amplify its rich content in innovative ways and engage with audiences even in the remotest corner of the country. The upcoming budget must also build the right infrastructure to help proliferate the use of radio across hinterlands as it can help bring a larger share of listeners into the mainstream media. Additionally, as almost all revenue for the radio and media industry gets generated via the medium of advertising, it would be great if the government announces measures to push radio as an essential medium for advertising,” he added.

The Print industry, meanwhile, also suffered setbacks in 2020, owing to the pandemic and the ensuing lockdowns. There was a 41% fall in advertising and a 24% fall in circulation, according to a FICCI report. However, the medium stayed resilient during the second wave and noticed an uptick in advertising.

“In the last two years, during the first and second Covid wave, the entire media industry, especially print, has suffered a lot as revenue dried up. As we are working hard to come out of it for the last few months, again Omicron wave is gripping the globe including India, thus again likely to affect sentimental aspects. Our earnest request to the Union Government is to provide us some kind of stimulus package and completely waive custom duty of 5% on imported newsprint and 12% on ink and plate fully. This would give some relief to Print Industry,” a top official from from Dainik Bhaskar, under conditions of anonymity, said.

Kumar from Matrubhumi stated that although the local newsprint producers claim adequate production capacity, the quality required has always been a question. Hence most are dependent on imports.

“Newspapers are the most credible source of news as well as the provider of sizeable employment opportunities. Covid has played havoc with the industry. Hence, abolition of the 5% import duty, increase in government ad spends, a Government directive that public sector undertaking which are proper commercial establishments shouldn’t be the beneficiaries of the DAVP (Directorate of Advertising & Visual Publicity) rates, which are purely meant for announcing the government schemes/initiatives, and last but not the least an increase in the DAVP rates which are currently way below the commercial rates, will provide big relief to the industry,” he added. 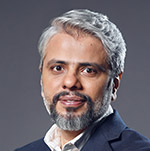 The advertising industry on the other hand is expecting a growth in spends across mediums this year. Shams Jasani, CEO, Wunderman Thompson South Asia, said there has been an overall increase in tech spending, and digital will continue to drive growth for the industry. With the uptick in e-commerce activities, most brands are dependent on technology-led solutions to transform their businesses.

“We are hopeful that this year’s Union Budget will be a growth-oriented one, aimed at providing tax relief to boost consumer demand, which in turn can propel brands to increase spending across media in the coming year. Our expectations from the upcoming budget are ease of doing business for MSMEs and start-ups, scaling investment in digitisation, and fostering better internet connectivity infrastructure to ensure last-mile connectivity with a specific focus on rural areas that will help drive growth,” Jasani said.

“We hope that this year’s budget will continue to focus on business recovery and sustainable growth with necessary budgetary allocations and tax incentives that will give brands that much-needed impetus to increase marketing spending for their businesses,” he added. 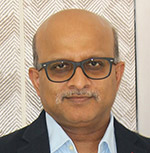 Nitin Karkare, Vice Chairman, FCB Ulka, said, “The role of the advertising industry is to help our clients in their demand-generation endeavours. The pandemic has adversely impacted demand, especially at the middle and the bottom end. This is apparent from the divergence in just one sector. While the demand for passenger vehicles is robust, the demand for two-wheelers is sluggish. There are such examples across sectors. Any intervention from the Government in the budget to boost demand would be welcome. As it would have a multiplier impact in terms of increasing capacity utilisation, in turn increasing the private investment, which would fuel employment and consequently boost demand.”

According to Rohan Mehta, CEO, Kinnect, "The simplification of taxes, combined with smoother transactions through a more simplified process, would go a long way in benefiting our business, as the industry looks forward to a flourishing economy in India in the coming years. Relaxing GST processes will also provide the industry with a much-needed reprieve. Policies that boost spending power across the board and improve the sustainability and profitability of MSMEs will contribute significantly to advertising/media spending.”