TRPs for news genre can resume only after elections

By “immediate effect”, the I&B Ministry meant that the rating agency should initiate the process immediately 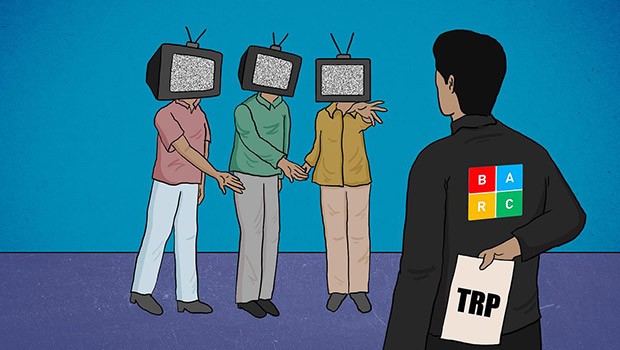 Even though the Information & Broadcasting Ministry (I&B Ministry) has asked Broadcast Audience Research Council (BARC) India to release the TRPs for news genre with immediate effect, the final release of data is not possible in a day or even a week.

By “immediate effect”, the Ministry meant that the rating agency should initiate the process immediately.

The press release from the Ministry says that the access protocols for data have been revamped and tightened, along with other reforms such as reconstitution of the Board, and formation of permanent Oversight Committee.

“BARC has indicated that in view of the changes undertaken by it, they are reaching out to related constituencies to explain the new proposals and are in readiness to actually commence the release as per the new protocols,” the I&B Ministry said.

Also read: Advertisers welcome the ratings for news television, more money to flow into the genre

So, the big question is when will the TRPs for news genre finally resume? Is there a probability that the news genre’s wait will be over before elections?

“Highly unlikely,” said an industry veteran who has been closely watching the developments.

“The protocol will take time. Reaching out to all stakeholders in the ecosystem to explain the revamped and tightened access protocols for data may even take a couple of months. The timing of the Ministry’s go ahead is such that in all probability, the data can only be released after elections but just before the results,” the veteran said.

Government sources told BestMediaInfo.com that the timing has got nothing to do with the elections and has also not been forced. “Long back the Ministry had asked BARC how much time they would require to resume the ratings for the news genre and the ratings body had given the timeline to the Ministry in writing.”

“There is no pressure from any stakeholder, including the government, for releasing or holding back the ratings. It’s a genuine time frame which was required by the ratings body,” a highly placed source told BestMediaInfo.com.

Tags: TRPs for news genre
Advertisment
More from this section