The show will be hosted by stand-up comedian Sundeep Sharma 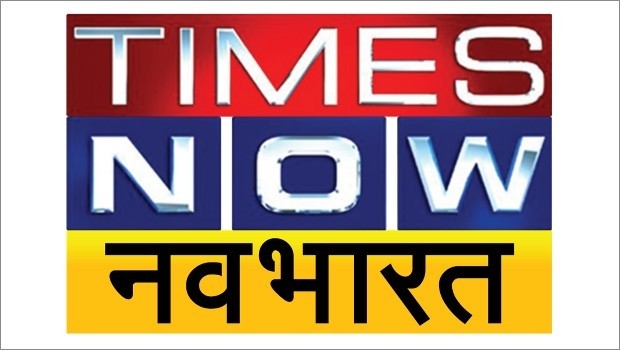 Times Now Navbharat has announced the launch of its new show ‘Bhaiya Ji Superhit’ which is a political satire on the top news stories, current affairs and political events of the previous week.

The show will be hosted by stand-up comedian Sundeep Sharma. It will air every Saturday starting January 8, 2022, at 10 pm on Times Now Navbharat SD and HD channels.

‘Bhaiya Ji Superhit’ is an interactive infotainment show, offering a comedic take on news weaved with satire.
Embodying the neighbourhood ‘Bhaiyaji’ persona on the show, Sharma with his desi brand of humour will present a sarcastic and witty outlook on trending news topics like elections, Bollywood gossip, cricket buzz, travelling during COVID-times, civic failures etc.

‘Hafta Saptah’ is a stand-up comedy segment presented by the host who will bring to the viewers his fresh and funny perspective on some of the popular and interesting news events of the week.

‘Noora Kushti’ will see mimicry artists dressed as popular celebrity/political figures, who will engage in a spoof discussion. Sundeep Sharma will engineer this fun quarrel between the guests bundled with snide funny comments and punch lines.

Shifting the focus towards an inspirational and constructive narrative in line with the humorous flavour of the show, ‘Acchi Baat Hai’ will give the viewers some of the positive news of the week with a funny take.

Navika Kumar, Group Editor Times Network and Editor-in- Chief, Times Now Navbharat, said, “Times Now Navbharat has successfully positioned itself as a preferred Hindi news channel in a short span of time, gaining unprecedented support from the country’s top influencers and viewers alike. Our differentiated news shows like ‘News Ki Paathshala’, ‘Sawal Public Ka’, ‘Opinion India Ka’, immediately resonated with the viewers. ‘Bhaiya Ji Superhit’ is a new show which presents a lighter side of the serious business of news. We are excited to have Sundeep host this show as he brings a unique brand of highly relatable Hinglish comedy that’s deeply loved by the Hindi heartland. I am confident the show will provide comic relief to the general television news viewers.”

Sharma said, “Every stand-up comedian at some point in their career dreams of hosting a TV show and I am extremely thrilled and excited to host my first TV show, ‘Bhaiya Ji Superhit’ on Times Now Navbharat, a channel from the largest media group. I have a very desi brand of humour and the audience feels connected to me as one amongst them and I am hoping to make the same connection through television.  I am confident that the show will offer viewers informative entertainment and make them laugh, think and leave them with some thought to ponder upon in each episode.”