The campaign will feature stories of ten WWE Superstars narrated by the actor who is also a well-known WWE fan in English, Tamil and Telugu 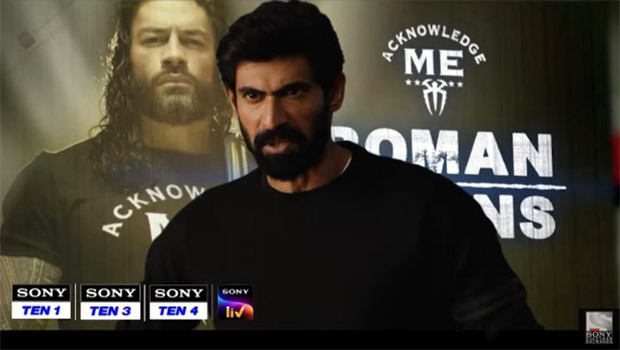 Sony Sports Networks has launched its new campaign ‘WWE Superstars with Rana Daggubati’ which aims to showcase the untold stories and heroics of WWE Superstars.

Produced and conceptualised by Sony Sports Networks, the campaign will feature stories of ten WWE Superstars narrated by the actor who is also a well-known WWE fan in English, Tamil and Telugu.

The “WWE Superstars with Rana Daggubati” campaign will feature the lesser-known stories, from within the ring and beyond, of The Undertaker, John Cena, Drew McIntyre, Roman Reigns, Randy Orton, Bianca Belair, Seth Rollins, Charlotte Flair, Big E, and Becky Lynch.

Sony Sports Networks has built its campaign around the human insight that there is a Hero in all of us and we just need to open our eyes to see ourselves in that light.

The campaign films take us through the epic heroic journeys of these WWE Legends and Superstars: the challenges they faced and how they conquered their fears to overcome these challenges on their way to become superstars.

In one of the films, Daggubati narrates the story of WWE star Roman Reigns. He narrates Roman’s story and how he was born to be at the top of the WWE mountain. Roman was at his peak with fame and success when suddenly his cancer returned. But even this life-shattering news could not keep “The Big Dog” Down. Rana then explains how Roman beat his cancer to became “Head of the Table”.

Daggubati said, “I have been following WWE since childhood and I am a big fan. We only see the success of our favourite superstars but rarely know the struggles and hurdles they have overcome to be where they are today. I hope these films show our viewers another side of these WWE Superstars and inspire them to never give up in the face of adversity.”

Neville Bastawalla, SVP and Head – Marketing and On-Air Promotions, Sports Channels, Sony Pictures Networks India, said, “The epic journeys of these WWE Superstars in the ring and beyond are too big not to be shared with our viewers. And therefore, we embarked on a mission to bring alive inspiring stories of 10 WWE Superstars: And who best to narrate them, than our very own Mahabali, Rana Daggubati, who happens to be a big WWE fan. 10 WWE Superstars. 10 Short Films. And that led to a beautiful series of films called ‘WWE Superstars with Rana Daggubati.’ I am sure that viewers will get an inside look into their perseverance that will inspire to bring out the hero in them.”