The show will air on Republic Day, January 26, at 9 pm on Epic and Epic On 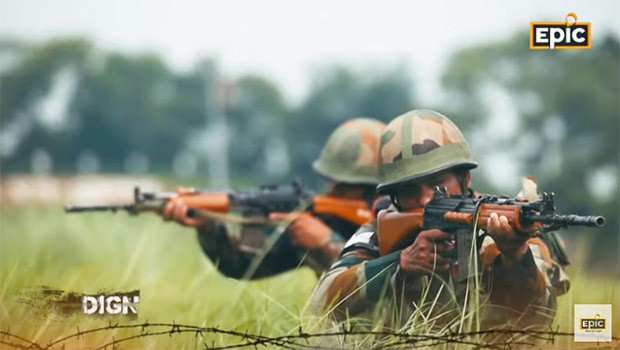 IN10 Media Network’s channel Epic is all set to salute the Armed Forces with a new season of ‘Regiment Diaries’ on Republic Day.

The episodes will air on Epic and Epic On at 9 pm.

After the good response received for the first two seasons, the legacy show’s season 3 will again take its viewers into the regiment centres highlighting their history. It will also showcase exclusive journeys of the Army museums that aren’t accessible to all.

The series is a visual tribute to the valiant men in the uniform and their regiments which continue to protect and honour the motherland.

The three-episode season will profile the ‘Bombay Sappers’, ‘Bihar Regiment’, and ‘Regiment of Artillery’.

In addition to the tales of bravery and legacy, there will be interviews of serving officers and support staff who will talk about their training life and weaponry.

Over the last two seasons, the show has brought the stories of sacrifice and courage of regiments like ‘The Garhwal Rifles’, ‘Madras Engineers Group’, ‘Jammu and Kashmir Light Infantry’, and many more to the foreground.

Samar Khan, president and COO of Juggernaut Productions – OTT, said, “What goes into making a soldier and their tales of valour have always intrigued many of us, including me. Through this show, we want to bring their traditions, history, and unseen side of the army to the forefront. After seeing the appreciation and response of the first two seasons, we were filled with immense pride and are excited to bring another season for our viewers.”