The latest BCG-CII report mentions Indian ad spends as a percentage of GDP as the lowest in the world. Despite impressive growth, why does the industry fail to make a mark on the global stage? BestMediaInfo tries to find out the possible reasons 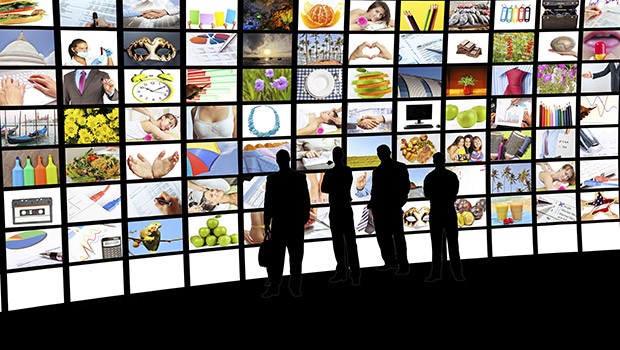 According to the 2021 edition of CII Big Picture Summit’s Knowledge Report by Boston Consulting Group (BCG) and Confederation of Indian Industry (CII), the Indian Media and Entertainment industry, which is valued at $27 billion, paced up smoothly in 2021 after facing backlash in 2020.

The industry is expected to scale new highs by turning into a $ 55-70 billion industry by 2030 at 10-12% CAGR, driven mainly by strong growth in OTT, Gaming, Animation and VFX, as per the report.

It further highlights the performance of various mediums in the coming years. While TV is expected to continue with a stronghold in the market, OTT, which is currently booming with 40+ players, is also expected to grow along with digital advertising.

The report also mentions that the overall Indian M&E industry shows significant headroom for growth on the basis of global benchmarks and despite low contributions, India and China are among the highest growth markets. In contrast to that, Japan, UK and South Korea are named as the markets with high contribution and high growth.

As shown in the report, India, in pre-COVID time as well as in 2021, remained as a market with low contribution and high growth. BestMediaInfo.com tries to find out the reasons behind the said low contribution.

While there is no denying the fact that ad spends in India are increasing every year, the figures are still turning out to be low as compared to other markets. 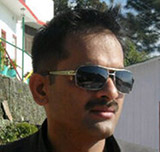 Ramsai Panchapakesan, Sr VP and National Head, Integrated Media Buying at Zenith, mentions one of the prominent reasons for India being a low-priced market. “Even Sri Lanka is expensive in terms of ad cost,” he says while interacting with BestMediaInfo.com.

Let’s have a look at some of the possible reasons for India being not as vigorous as it can be. 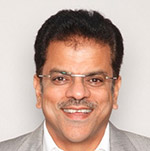 During an earlier interaction with BestMediaInfo.com, Rohit Ohri, Chairman and CEO, FCB Group India, had said, “Understanding the bottom of the funnel has become the most important thing. Until recently, we have been focusing on the top of the funnel, where one creates brand awareness, desire and brand value. Today, more and more clients are focusing on closing the sale. They are looking at better targeting and personalisation.”

While explaining the importance of targeting and tailor-made communications, Panchapakesan says, “Suppose I want to target ABC in the US, and ABC doesn’t watch ad channels. ABC only watches ad-free channels. So, how do I reach ABC? Because there are a lot of cord-cutters there. Now, I love to design a communication for ABC because I know ABC is a potential consumer and there are several look-a-like cookies which I can’t ignore.”

“So, to design a communication plan and strategy for all these look-a-like cookies, I will have to adapt a different strategy altogether that comes at a much higher cost,” he goes on to say.

Laws of the land

While discussing the matter, Panchapakesan brings out a major difference between the approach of Indian marketers and marketers in the EU region, in particular. He mentions the General Data Protection Regulation (GDPR) that protects consumer data for the citizens of the EU region.

The law, GDPR, protects the consumer data from being shared with any third party and as a result, brands don’t get access to consumer data and they end up having a more targeted approach in their advertising. They can only reach out to customers who are actually interested in the product.

Whereas in India, brands are highly dependent on third-party consumer data. The targeting is highly influenced by consumer behaviour.

“In European countries, everyone knows that the need cap is actually narrowed down to the TG level. It is the bull’s eye, what we call it in media planning that you know. When I design a very tailor-made communication for only 5,000 people I have to pay more. Look at that co- relation in India,” says Panchapakesan. 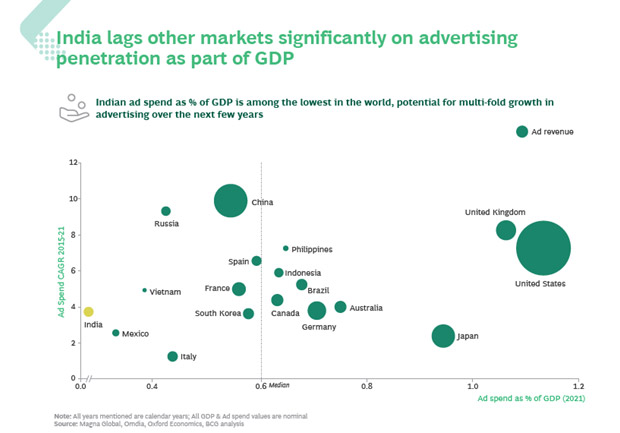 Ohri, during the exclusive interaction had mentioned about media dark areas in India. He said, “Economic development drives ad spending. Markets with high per capita GDP see higher marketing spends.  India is a multi-layered society with tremendous income disparity. Even today, advertising isn’t reaching a lot of people in the heart of India. Most marketing plans still focus on penetration.”

Whereas Panchapakesan shares a different perspective. He shows a difference between media darks and cord-cutters.

“The cord-cutters are those who sit in the urban market where you don’t take cable, DTH, dish TV and you watch everything on your smart TV. So, those are the people who are cord-cutters. And the people living in remote places are the ones living in what some call media dark areas,” he said.

“There are very few products for rural TGs that are in the organised sector of advertising. They will definitely go to those deep pockets of the rural areas as 70-80% of the sales revenue is taken care of starting from the 10 lakhs+ towns. So, people also focus on where the returns are coming from. Where the results are saturating, there the need for penetration arises. That’s where people try to reach out to these deep dark pockets,” he added.

In India, the ad cost is lesser than in other markets. And along with that, there are several other categories for which buyers need to shell out a very meagre amount as compared to other economies.

Marketers might not be willing to spend a huge amount of money to advertise the products that can’t give them desired returns.

With such low per-capita income, Indians fall under the category where consumers have low purchasing power.

“If you ask me in terms of the Ad ex, it comes on the back of purchase power and the actual price of the product in the local market. And also, the trade of value,” says Panchapakesan.