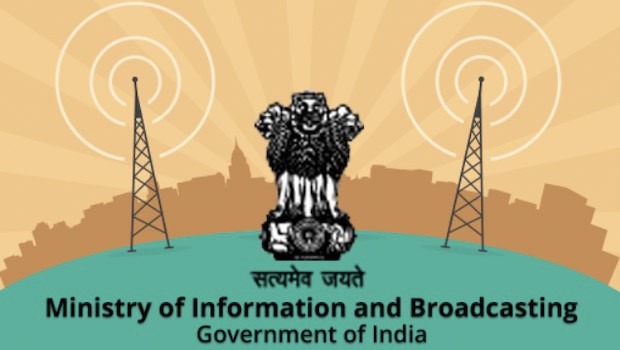 The Ministry of Information and Broadcasting on Monday sent a notice to Zee Network over a show which was telecast on its Zee Tamil channel.

The Ministry sought a reply within seven days in the matter, failing which further action will be taken, the letter signed by Under Secretary Sonika Thakkar read.

The Ministry issued the notice after receiving a complaint from CTR Nirmal Kumar, who is BJP State President for IT and Social Media in Tamil Nadu. Kumar, in his complaint, claimed that during Zee Tamil’s show ‘Junior Super Star Season 4’, certain comments were made against the Prime Minister by children who are not even 10-year-old.

The show in question aired just two days ago on Saturday, January 15.

However, the Ministry’s action violates the government’s own statutory mechanism published in the Gazette of India on June 17 in order to redress citizens' grievances and complaints against programmes of TV Channels.

Except for a few instances, BCCC has successfully addressed all the complaints received by it for over 11 years and there is a constructive recognition of BCCC’s self-regulatory mandate by I&B Ministry, which refers complaints received/generated by it to the Council. A positive synergy exists between BCCC and Ministry, with the Council keeping the Ministry informed of the actions taken by it.

Despite an effective mechanism in place, the Under Secretary’s notice is not only a misuse of power but also overzealous in nature.

Overzealous because the complainant appeared to be aware of the rules and wrote to the channel’s head, Siju Prabhakaran, marking a copy to the Union Minister of State for Information and Broadcasting L Murugan. On being forwarded the complaint by the Minister of State, the Under Secretary took no time in sending the notice, thereby making a mockery of its own rules published in the Gazette of India. This all happened within in a few hours, the matter was given such priority that it seems it was regarding national security.

After the amendment, BestMediaInfo.com wrote about the broadcasters’ fear about the misuse of power and censorship.

When News Broadcasters and Digital Association (NBDA) approached Kerala High Court challenging the constitutionality of the both the IT Rules and Cable Amendment Rules in July 2021, it highlighted the same fear that the Rules give the government authorities excessive powers to unreasonably and impermissibly restrict the freedom of speech and expression of the media under Article 19(1)(a) of the Constitution. The High Court granted Interim Orders in favour of the NBDA in both matters.

Recently on November 23, 2021, I&B Secretary Apurva Chandra had also spoken about the three-layer grievance redressal mechanism and said that it is working fine in the context of OTTs. Speaking at Apos organised by Media Partners Asia, Chandra said, “At the third level, there is an inter-ministerial committee in the I&B Ministry, which can issue some sort of advisory but I am happy to note that over the past 8-10 months we have not received any complaints and we've not been asked to exercise our authority in any way.”

Cut-to-today. The way the Ministry has reacted on the matter is prima-facie a case of misuse of power, overzealous and mockery of its own rules published in the Gazette of India.