How are the creative agencies prepping up to meet Metaverse’s challenges and opportunities?

It was only after Facebook made an announcement of becoming a metaverse company that the term became popular. BestMediaInfo.com digs deeper into it and brings to you what creative experts think of it 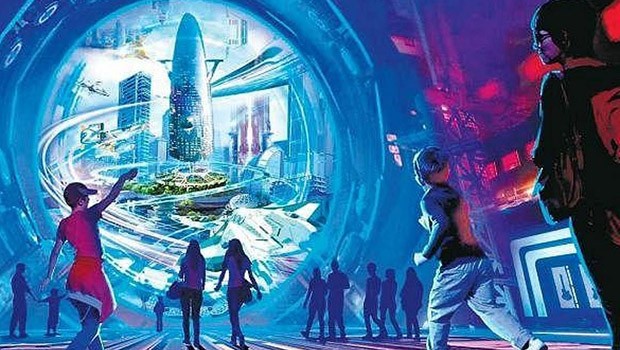 In 2021, Facebook donned a new identity – Meta, followed by the announcement that it will turn into a Metaverse company. The move took the social media circles by storm as Facebook, now Meta, holds a big share in advertising, across the globe.

Before we move forward, it’s important to get an idea of the standing that Meta holds in the world of advertising. 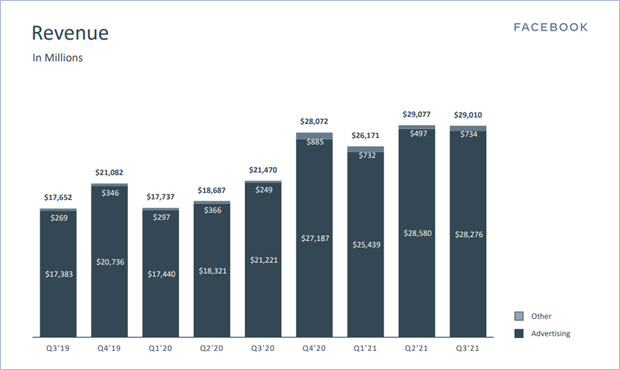 The report, released by Meta Investor Relations, establishes that the multinational technology conglomerate is one of the most in-demand platforms by advertisers.

With such tall figures, clubbed with the hyper attractive virtual world of Metaverse, there’s a new game altogether which has started.

That new game, which is in a nascent stage, is one thing that in some way or the other, is on every marketer’s mind right now.

“This is the conversation in every boardroom right now, which is what should we do around Metaverse,” Anil K Nair, CEO, India, VMLY&R, said during an interacting with BestMediaInfo.com

Most of the creative heads BestMediaInfo.com spoke to agreed with the same and hinted that something’s cooking and work on it will start this year itself.

Metaverse is not new but it has recently gained attention. Why so?

While responding to the query, Nair said, “Metaverse is not a new thing but now because of 5G, maturity in the space, advances in platformisation, AR, VR, blockchain and everything it is coming into its own and reaching critical mass.”

Saurabh Varma, Founder and CEO, Wondrlab, holds a different opinion and shares the usability aspect of Metaverse. He said, “AR and VR have existed for a fairly long time. The problem is how much time are you going to engage with a certain device as you start to build creative content. And creative agencies will engage in all kinds of manner – One is the media inventory. The second will be the new kind of format to drive engagement. It’ll be a lot like the gaming universe, movie or branded content. Similar content will happen in the Metaverse universe. Third is the creation of that content itself. Which can be done in collaboration as well.- If metaverse can provide you with that, then I think any medium will be useful to drive engagement.”

Rashid Ahmed, Head of Digital, Infectious Advertising, puts across a case that can surely be a big hit, if implemented by a relevant marketer. He said, “Throw in a few technologies like Virtual, Augmented and Mixed Reality, and the metaverse takes on a whole new 3D existence. Metaverse experiences are slated to evolve to satisfy a multitude of user and business demands, all the way from progressive game worlds to virtual conventions (imagine the world’s largest aerospace show being open to everyone or attending the upcoming cricket series virtually seated at the stadium).” 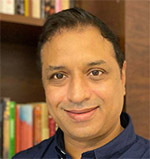 Kedar Teny, CEO, Lowe Lintas talks about four key elements and said, “For any new technology to gain mass adoption you need four jigsaw pieces to fall into place - Device, Bandwidth, Platforms and Content providers. Currently devices such as Oculus (enablers of teleporting) are expensive, consistent and ubiquitous 100+mbps of internet speeds are still a challenge, more metaverse platforms need to come in and last but not the least a large ecosystem of content creators also needs to be present.”

Categories to look out for

With a VR headset one can only imagine gaming, but for advertisers, every spot that has the potential to grab eyeballs is a possible platform to advertise.

Nair, while sharing his thoughts on the same, said, “Brands are not missing the opportunity at all. In fact, brands are also equally excited to participate. Sports, luxury, lifestyle, automobile and foods are some of the early ones that are willing to have a look in.”

To which, Kamble added, “Fashion, jewellery and other lifestyle categories are a natural fit and globally fashion brands seem to be taking the lead in the metaverse space. However, we are also seeing clients from Alcobev, QSR, and home appliances show massive interest in exploring the virtual world deeper.”

In Metaverse, one will have to create content that is exclusively for Metaverse, which, for sure, is an add-on to the advertising budget.

Nair, talks about the right approach of content creation for Metaverse said, “Putting up a banner in the metaverse is not technically playing in the metaverse. Here, seamless, organic, integration of the brand into whatever is happening in the metaverse and managing to deliver the brand message without coming across any interventional advertising is where brands will find success.”

What creative experts are up to?

He further describes their strategy and how they are prepping up to stay ahead in the Metaverse universe once it starts picking up the ground. He added, “To be able to meet the demands of this space we are experimenting with some in-house capabilities and forging partnerships with a bunch of content creators with deep tech credentials. So as and when there arises an opportunity for a large intervention, we will have the talent who can help us and our clients to go to market with speed and accuracy.”

Whereas Famous Innovations, after delivering several VR-based activations in the past, is now looking at something more immersive and holistic for some of their clients. “Yes, most of our brands have started dipping their toes in the ocean,” says Kamble during the interaction.