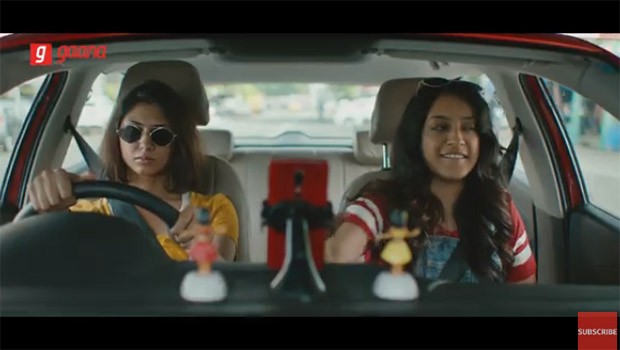 Music streaming app, Gaana has unveiled a new feature, AutoQueue, which claims to offer a superior and seamless music-listening experience to its users. It has also released a film to showcase the ease of music listening with the feature.

The light-hearted commercial shows two girls going for a short drive that turns to a never-ending long drive, as Gaana AutoQueue keeps playing surprisingly apt songs that they love.

The feature enables consumers to hit up a song and indulge in effortless streaming while Gaana plays similar songs on its own.

This reduces manual searching time and solves for “listener’s block” (where one struggles to think of the next song to play), as per the company. Autoqueue also makes discovery of new music easier, as listeners get served apt songs they might not know of on their own.

Research conducted by the company showed that consumers look forward to a listening experience that's effortless and fast. Also, music and genre preferences changed for the same person depending on daily mood or a particular occasion.

Gaana-AutoQueue is powered by a machine learning algorithm that factors probability of songs being heard together (past behaviour) as well as similarity of music, tempo/bpm etc to predict possible songs a user would like to hear after they have manually played one song.

The algorithm analyses thousands of signals and data points to come up with personalised song suggestions, as per the company. It also claimed that, “Our listeners are consuming +30% more music than usual via Autoqueue - and that tells us it’s working.”

Sandeep Lodha, CEO – Gaana, said, “In the last year and a half, audio streaming has played a major role in people’s lives and consumption is on the up. Gaana has always been known to understand the pulse of the Indian listener and with AutoQueue we are now going one step further to hyper-personalise each user’s app experience making it effortless to listen to great music. The feature is born of Gaana’s user research and tech capabilities and gives personalised endless background track to the lives our users live in the foreground. I invite everyone to experience the joy of AutoQueue”

It has also launched a contest under which, music lovers stand a chance to win Rs 50,000 worth of Amazon vouchers on Gaana’s Instagram handle daily.