While introducing some of the players, the film captures the emotions and excitements of an ardent cricket fan through the veteran actor 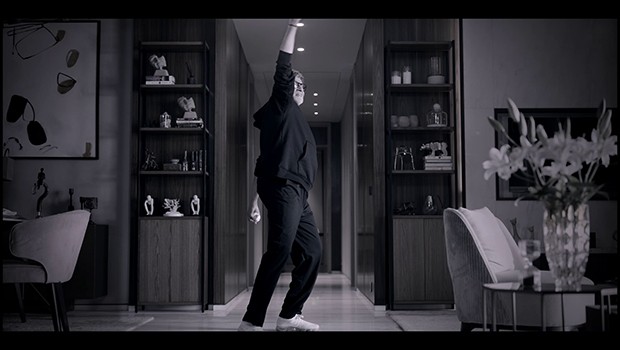 Veteran actor Amitabh Bachchan, the League Ambassador of Legends League Cricket (LLC), has teamed up with filmmaker R Balki to shoot the promos of the League.

This is the first time they have come together for promoting cricket.

While introducing some of the players, the film captures the emotions and excitements of an ardent cricket fan through the veteran actor. Bachchan with his unmistakable baritone voice strikes the right notes in the film to set the tone for the inaugural season of the League.

LLC, a professional cricket league for former star cricketers, is scheduled to take place in January 2022 at Muscat, Oman.

Raman Raheja, CEO of Legends League Cricket, said, “Look Cricket is grilled into our system by default. You just can’t resist the excitement that it brings in with itself. Legends League Cricket gives everyone of us that opportunity to relive those moments that we cherished the most not very long ago. The objective is to revive the rivalries we witnessed and to have them back again on the ground, it’s fantastic. I am glad that Legendary Amitabh Bachchan is part of this initiative. Like billions, he too is a big fan of Cricket and that’s what he presents in the ad film of the League”

“I’m an ardent cricket fan, which Indian is not? When I was told of this opportunity to work with Bachchan on the promotion of Legends League Cricket, I simply wanted to show the excitement of a true Cricket fan through him. I can promise the fans would get something that they’ve never seen before. Bachchan is in a whole new avatar of an ardent cricket fan,” Balki said.

With the theme “Boss Logon ka game”, the intention of the ad film is promoting the league as serious play amongst top legends of Cricket making it strong enough to compete with any league globally.

The TVC will go live on the entire Sony Pictures Network with 24 channels and also on SonyLIV.

Recently, LLC had announced its partnership with Sony Pictures Networks India (SPN) to live telecast all the matches of the league to be played in January 2022, on Sony Ten 1 and Sony Ten 3 channels as well as livestream the matches in India on SPN’s OTT platform, SonyLIV.