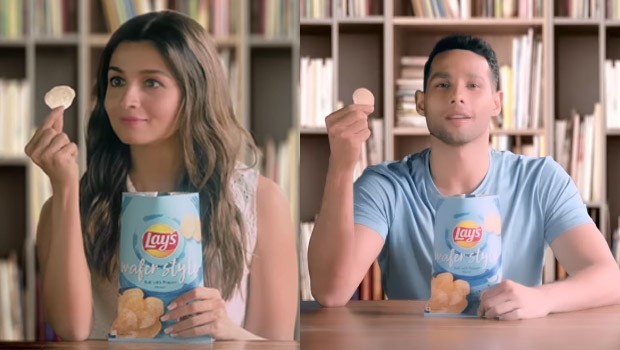 Kick-started by brand ambassador and actor Alia Bhatt, and actor Siddhant Chaturvedi, the campaign aims to amaze the audience as they perform magic tricks using the flat-cut and paper thin, Lay’s Wafer Style.

In the video, Bhatt can be seen holding the thin chip in her hand and making it magically disappear as she clicks her fingers. Towards the end, she throws #TheThinPossibleChip challenge to her fans and asks them if they can make the Lay’s Wafer Style chip disappear.

Shailja Joshi, Director – Marketing, Potato Chips Category, PepsiCo India, said, “Lay’s Wafer Style is the thinnest chip from the house of Lay’s and we’ve received an overwhelming consumer response that has further encouraged us to drive the messaging of the thin and light chip with #TheThinPossibleChip campaign. The digital campaign brings alive the unique attributes, especially the thinness of the chip in a fun and playful manner with celebrities and content creators performing illusions and making the Paper-Thin, Wafer-Thin chip disappear. With this campaign, we hope the magic of Lay’s Wafer Style continues to win hearts of many consumers across the country.”