The campaign has been conceived by Mullen Lintas Mumbai 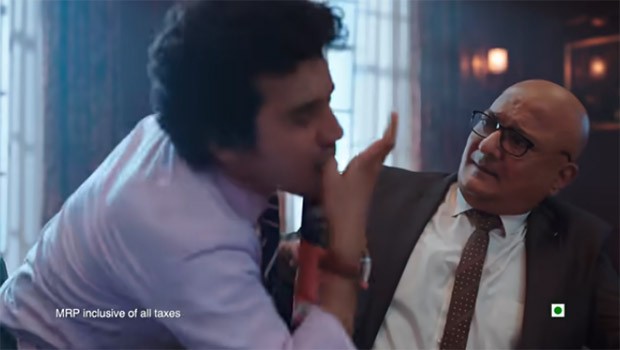 Conceived by Mullen Lintas Mumbai, the campaign tries to portray how Too Yumm!’s Karare transforms an ordinary moment into one filled with unexpected enjoyment.

The campaign repurposes the classic Bollywood song ‘Hungama ho gaya’, to communicate how the snack’s taste can uplift one’s mood.

The film is centred around an employee, who after eating Too Yumm!’s Karare ecstatically starts dancing around, in what looks like a very serious meeting.

It then cuts to a screen, where Kohli is seen attending the meeting through video conference. The cricketer then comes in applauding the behaviour and talks about the flavours and crunch of ‘Karare’, and also mentions that it has less fat. He signs off with the punch line - ‘Too Yumm! Karare. Hothon Se Lagaa Le’.

Garima Khandelwal, CCO, Mullen Lintas said, “We wanted to manifest for Karare with what follows when one tastes it, and call it out as a “karara” behaviour, the second campaign after the launch of potato chips earlier this year that’s pitched on taste for the brand. After experiencing the first bite, losing one’s inhibition, eating it like nobody’s watching, lost in the taste is what the commercial drives. Having a popular track helps reinforce this behaviour, juxtaposed in a place where such a behaviour will stand out, such as a board room. Virat once again comes in as the endorser inviting to actively see for yourself what follows when one tastes Karare.”

The integrated campaign is live on TV and across Too Yumm!'s online channels and other offline mediums.