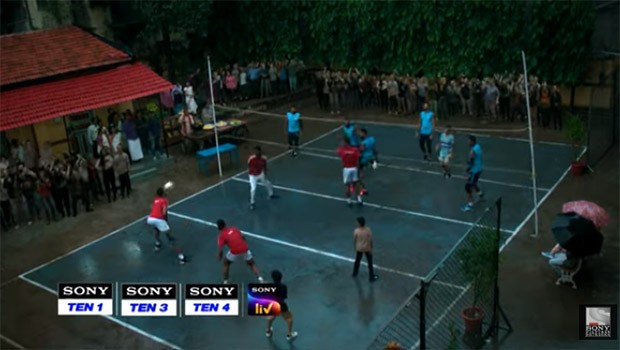 The campaign film will be launched in four languages – English, Hindi, Tamil and Telugu across the Sony Sports channels.

With the launch of the RuPay Prime Volleyball League powered by A23, SPSN aims to encourage the youth of the country with its multi-lingual feed to not only watch the tournament but also to take up the sport more actively.

The campaign is based on the premise that every Indian has either grown up playing or watching volleyball at some stage of their life. The film was conceptualized by SPSN and executed in synergy with the sports marketing firm, Baseline Ventures, who are the co-owners and are exclusively marketing the league.

The film showcases a group of young children, enjoying a game of volleyball in a small society, who call in the top volleyball players of the country to play a match.

Indian volleyball players like the captain of the national team, Karthik along with Jerome Vinith, Ashwal Rai, Deepesh Sinha, GS Akhin, Naveen Raja, Ajithlal and Hari Prasad join in the game and are seen displaying their skills on the court.

The players engage the audience with their brilliant performance and are cheered on by a diverse set of spectators.

SPSN aims to bring to life the nostalgia that the Indian audience has for the sport through this slice of life campaign ahead of the upcoming RuPay Prime Volleyball League.

Rajesh Kaul, Chief Revenue Officer, Distribution and Head – Sports Business, Sony Pictures Networks India, said, “Sony Sports has always endeavoured to bring the best sporting properties to viewers in the country. With an aim to foster a multi-sport culture in India, we are thrilled to launch our new campaign ‘Prime Volleyball Jahaan, Public Wahaan’ for the upcoming RuPay Prime Volleyball League. This multi-lingual campaign will be launched in English, Hindi, Tamil and Telugu to build a connect with our viewers and to celebrate their love and passion for volleyball. This film truly captures the sentiments of all Indian fans who have played the sport or watched the game in their community at some point in their life.”

Joy Bhattacharya, Chief Executive Officer, Prime Volleyball League, said, “Volleyball is a growing sport which provides high octane engagement and entertainment. Indians have historically been fond of the sport as they have a lot of their childhood memories attached with it. We aim to revitalize the energy of the sport by showcasing the true talent of the country to the audience. We want to encourage the next generation to take up the sport with greater passion. The Sony Sports campaign is the commencement of our vision for the sport in India.”

It will comprise of 24 games and the schedule will be announced in the days to come.