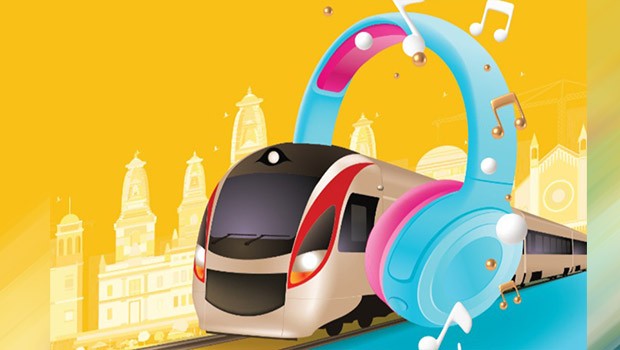 As per the agreement, Radio City will now be exclusively broadcasted in the Kanpur Metro. Having signed a similar agreement with the Lucknow Metro, commuters across 30 stations in Lucknow and Kanpur will now get to enjoy Radio City’s entertainment offerings.

With the launch of the Kanpur Metro by Prime Minister Narendra Modi on December 28, listeners onboard can now exclusively tune in to the radio channel from 6 am till 10 pm every day.

The radio station surprised its listeners in the Kanpur Metro by organizing a meet and greet with the city’s Radio City RJs. The RJs were live at the Motijheel station from 7 am to 9 pm.

Kickstarting the first day of the broadcast, RJ Raghav was also a part of the celebration, with a special segment at 7 am.

The programme was followed by a series of live shows by the station’s RJs Karishma, Hari and Akhil.

“Radio City has always been India’s and Uttar Pradesh’s favourite music destination. We have continually strived to stay connected to our millions of listeners through the most innovative collaborations and offerings. All our special partnerships are always aimed at giving our audience something new, as we bring the people of UP the hottest shows and most pathbreaking programmes. We are glad to partner with the UPMRC, to offer the best entertainment and refreshing content to commuters onboard the Kanpur Metro. This association is a giant step forward in our continual endeavour to provide our UP audience with the most holistic entertainment experiences,” said Kartik Kalla, Chief Creative Officer, Radio City India.