Parle Products to increase ad spends by 15% in 2022; puts major bets on TV, followed by digital

While print will also continue to hold importance for the FMCG giant, Krishnarao Buddha, Senior Category Head of Marketing, Parle Products, shares why OOH has been absent from its media mix for some years now 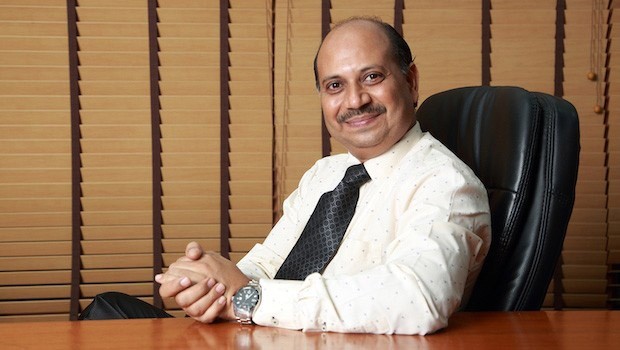 Having witnessed a good growth this year in terms of sales, Parle Products is expecting growth in upwards of about 20% in 2022. In line with the growth of the FMCG industry and its advertising expenditure, the company is looking at a 15% increase in the ad spends, as per Krishnarao Buddha, Senior Category Head of Marketing, Parle Products.

Stating that FMCG sector would definitely be a major constituent of the overall adex, Buddha said the consumer sentiment is quite high and he is expecting most of the players to up their ante as far as advertising is concerned.

“I am expecting an increase of at least about 15% in terms of advertising spends across the categories. Our increase in ad spends would be in line with the industry. We're also looking at a 15% increase in the ad spends and are looking at being aggressively present on every platform possible, but largely on television and digital,” he said.

The dominant portion of its ad expense would be on television, followed by digital, and print would be very selective. The company has not been active on OOH for some time, and doesn’t even intend to do it in the coming year.

Upon being asked if OOH is not reaping enough ROI, he said, “Parle Products is a mass brand and it boils down to the cost. Even if we do cover 15-30 cities on OOH for the campaigns, it's going to cost a bomb. Whereas a very high decibel television campaign will give us more results. While there is a huge difference between these two mediums and each has its own merits, for a low product involvement category like ours, the action may take some time whereas on television we see that that action is relatively better and quicker.”

In 2022, in its media mix, digital will witness approximately 25 to 30% increase- which is slightly double than the category growth.

“Digital will grow faster than television for us. Television will maintain at around 15 to 20% of total ad spends,” he said.

The company has also utilised influencer and content marketing in the past, and will increase its investment by 20-25% on this in the next year.

“We have been doing content marketing for years now and will continue to focus on this. Content creation has been the forte for Parle and we have done fantastic pieces of content for several years and consumers have loved our content. Our content has gone viral as well. And that will be a key part of our digital strategy. There will be a definite increase in influencer marketing and content marketing. Whatever base we have right now, we definitely look at an increase of about 20-25%,” he added.

In terms of growth, Buddha said that considering that the company had a fantastic growth last year. He said that the base this year was extremely high and even over it, Parle was able to register a decent growth.

“We are quite happy with the performance and the growth of the company this year. We're quite optimistic that the consumers are receiving all our products wonderfully and we expect to register a good growth even in 2022. We are aiming for upwards of about 20% next year,” he said.

Buddha is optimistic that by the middle of the next year, the effects of pandemic will almost recede, which might lead to a regular routine for the consumers, and the same will further help to volunteer a good growth for the entire FMCG industry.

With the rising cases of Omicron, he doesn’t foresee marketers in the industry holding back on the ad spends.

Before the pandemic, Parle Products in second half of the 2019 had relaunched its product Rola-Cola and had set the sales target at Rs 100 crore for the very first year. Within the next six months, Covid-19 pandemic hit the country which had put the plans into disarray.

Since school going children contribute majorly to its consumption, Buddha is hopeful that in 2022 schools might be operational again and the company will be on its path to achieve the Rs 100 crore target for Rola-Cola.

The company recently has also hiked the biscuit prices by 5-10% with the soaring input costs.

Discussing more on this, he said, “Next year, typical inflation is going to be there, for sure, which will be to the tune of about seven to 8%. This year was exceptional, and the inflation was extraordinary to the tune of almost 20-25% as a result of which we were forced to take a lot of multiple price hikes across brands. But moving forward, we expect the inflation to be in the range of about 7-8%, maximum about 10%, which should be a normal phenomenon.”

The company also has entered into two newer categories- packaged aata and breakfast cereals. Next year, Buddha said that it will continuously be on the lookout for more opportunities, and is seeking to enter new categories.