It aims to highlight the severe impact of drugs on the younger generation, the three-week campaign will take actionable steps towards making a drug-free state 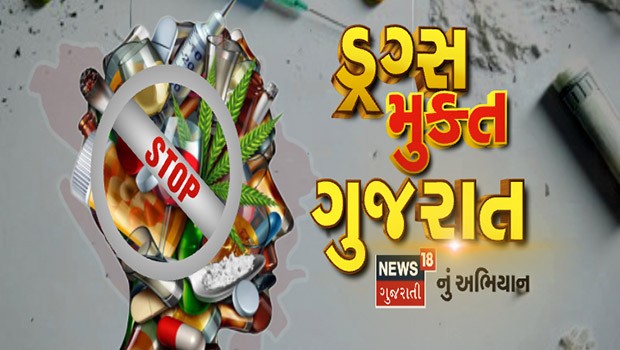 News18 Gujarati has launched a special campaign ‘Drugs Mukt Gujarat’ (Drugs Free Gujarat) to bring the issue to the notice of policymakers.

The special editorial campaign which started on December 10 is a part of the channel’s commitment to focus on significant topics and highlight the key issues that echo the voice of the common man.

The three-weeks campaign highlights how the coastal parts of Gujarat. which are catalysts for the economy not only for Gujarat but for India too, are being used to traffic drugs across the country.

Furthermore, News18 Gujarati would also showcase the detrimental effect of drugs on the youth of the state, in both urban and rural areas.

The channel also brings in a host of psychiatrists, counsellors for a special panel discussion who would speak about the impact of drugs on individual lives, especially amongst High School kids and college students.

The session will offer solutions for the victims and guide them on how they can come out of this drug nuisance and lead a normal life.

The ‘Drug Mukt Gujrat’ campaign would also emphasise on the practical steps schools and colleges can implement to stop their kids from consuming drugs.

The campaign will also witness young and influential sportspersons, politicians, doctors and common people from the state taking a resolution to strive to make Gujarat a drug-free state.