The curtain raiser match played between U Mumba and Bengaluru Bulls will commence on December 22, 2021, at 7.30 pm 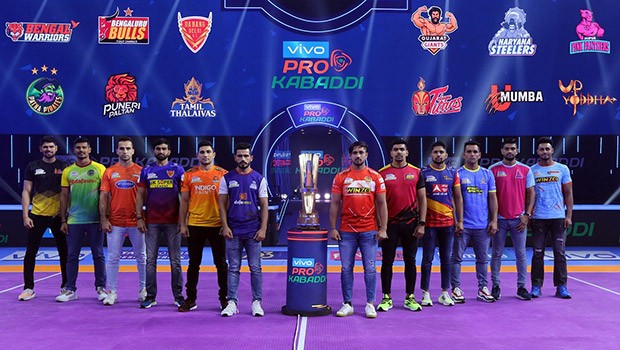 Mashal Sports, organisers of Pro Kabaddi League have announced the commencement of season 8 on December 21, 2021. The announcement was made during a press conference where Anupam Goswami, CEO, Mashal Sports and League Commissioner, PKL and Yogendra Sriramula, Director, Brand Strategy, vivo India, the title sponsor of the league were present. The team captains spoke about the opening day, strategies, preparations, and the young players who will shine this season.

The curtain raiser match on December 22 will be played between U Mumba and Bengaluru Bulls at 7.30 pm, followed by the second match at 8.30 pm between Telugu Titans and Tamil Thalaivas, and finally defending champions Bengal Warriors take on U.P. Yoddha at 9.30 pm. The matches will be Live across Star Sports Network and Disney+ Hotstar.

Goswami said, “Through season 8 we look forward to setting an example for indoor sport in India. The season will be conducted at a single venue without spectators. But we are ensuring that fans will continue to witness a world class league. This time we are making use of top-notch technology and innovations to keep fans engaged with the matches and the league. We have not reduced the number of matches but have a slightly reduced duration of the season. Because of the changed format, Kabaddi lovers in India and all over the world are going to get vivo Pro Kabaddi Season 8 in an even more intense, action-packed and highly competitive manner with all these 12 captains battling it out for triumph and glory.”

In a press statement, Mashal Sports said that season 8 of the Pro Kabaddi League is all set to bring back high-octane kabaddi action on the mat in Bengaluru from December 22 onwards. As a special format for PKL Season 8, Mashal has scheduled ‘Triple Headers’ on the first four days to ensure that kabaddi fans across the country get to watch each of their favourite teams play in the very initial days of the League.

PKL Season 8 will begin with U Mumba facing Bengaluru Bulls in the tournament opener. The League’s ‘Southern Derby’ will then take centre-stage as Telugu Titans lock horns with Tamil Thalaivas in the second match and UP Yoddha square off with the defending champions Bengal Warriors in the last match of the opening day.