Having over 44 million subscribers and nine billion views annually across social media, India Today Group has launched the ‘Tak’ app. The app is a pool of 18 video channels offering content in 11 genres across four languages, covering national, regional and special-interest segments. 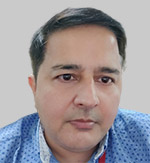 “With digital disruption redefining the concept of serving news across the world and India making giant strides in technology-enabled services, we felt the need for a platform that would bring our entire fan base together, while simultaneously being tailored to everyone’s preferences,” said Vivek Gaur, COO, Tak Channels, India Today Group.

Before launching their own OTT platforms in 2015, all the GECs used to upload their content on YouTube. The UGC platform used to monetise from that content through ads, giving a certain share of it to the channels. Now the same GECs are monetising way more from their own OTT platforms, reducing their dependency to earn from social media.

In a similar fashion news conglomerate built an app to bring their loyal audience, reducing the dependency on social media. However, Gaur emphasised that social media continues to remain important for them. He said, “We are living in a ‘frenemy’ world. A person sells on Amazon and as well as their own platform even when each of them is fighting for customer acquisition and eyeballs. Both co-exist. Social is our engine of getting a newer set of people. They have a large network. We will always be present on social media. Through the app, we want to give a differentiated experience to our core users.”

He further said, “The pain point isn't that we don’t want to share our revenue with YouTube. The pain point is that we aren’t able to serve our consumers as well on social media as we’ll be able to do on our own platform. On the app, he/she will have a better user experience and it will become a virtuous cycle. If I leave him in an open marketplace, it won’t become a virtuous cycle.”

Tak will rely on advertising money for monetisation and doesn’t have plans for launching the SVOD model in the foreseeable future, Gaur told BestMediaInfo.com. The app will be promoted across India Today Group’s digital assets and social media in a consistent manner.

The company has hired professionals from IITs and India’s top institutes to develop and enhance the technology of the app on a continuous basis for a better user experience.

What does the app have in-store for its consumers?

In an attempt to become the home for its loyal consumers/audience, the Tak app is built on four pillars: large audience base, content differentiation, personalisation and engagement. 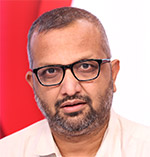 Sharing further details about new personalised content offerings on the app, Milind Khandekar, Managing Editor, Tak Channels, India Today Group, said, “For a deeper insight into any specific news or event that the user is interested in, Tak has the Home Feed section, which offers curated videos based on the consumption algorithm of a subscriber and editorial recommendation. There is an interactive interface to enable users to select the stories and developments that they want to check out.”

Tak app has introduced a new concept “Fatak” for the personalisation of news. Various developments are cut and presented in crisp 30-second videos in the Fatak section to serve those who are seeking news-on-the-go. Khandekar said that these 30-second videos won’t be available on their social media feed. Although, initially to promote the concept, they would be sharing some of the Fatak content on social media.

The app also has a Live News section that keeps the user updated with the latest developments on a real-time basis. “While on Facebook and YouTube, one can run only a single-channel Live stream at any given point in time, the app has the potential to run 10 Live feeds together anytime,” added Khandekar.

To enhance the engagement quotient, “The live streaming has been designed in an interactive format where the viewer can share opinions, and participate in polls. Tagged ‘Aap Ki Khabar, Aap Ke Liye, Aap Ke Time Par’, the app gives the user the feel of uncompromised personalisation,” Khandekar told BestMediaInfo.com.

The content on the app will be available in four languages: Hindi, Gujarati, Marathi and Punjabi.

How brands can benefit from the Tak app?

Tak will be placing ads on the app through a comprehensive ad serving platform and won’t be relying on Google and native advertising platforms like Taboola. The brands will be charged for advertising on a CPM (cost per mile) basis.

Gaur commented, “Unfortunately, in the online space, the Googles of the world have become the gatekeepers. They tell you where to advertise. In our app, we won’t be using Google at all. Our ability to define the audience type is as good as Google. It will also help us save the 45% margin that goes to Google for the ads they place on our platform, which will indirectly benefit the brands.”

He also said that unrelated ads won’t be put on the app through the Taboola’s of the world. The platform will be serving fewer, less intrusive, natively served ads fetched directly from the advertisers.

Gaur also said that India Today Group is a market leader and any brand would want to work with them. “Tak is India’s first personalised news video app. You won’t find an equivalent of that anywhere.”

The genesis of the Tak app

In 2017, the India Today Group launched a portfolio of seven niche digital channels across six platforms under the name of Mobiletak.in.

The channels were created on the basis of genres and regions. The seven digital channels from Mobiletak.in were News Tak, Sports Tak, Food Tak, Life Tak, Astro Tak, Tech Tak and Yoga Tak.

Gaur said, “Over time, our digital channels started becoming market leaders and like this, the journey of launching the app started.”

Tak app was first launched in September 2019, but it was more of an aggregation of Aaj Tak content on an app. Gaur said, “The four pillars of this app were not present in the earlier avatar. At that time, we were just trying to aggregate everything together. Earlier, what we were doing on YouTube was getting replicated on our app. In three years, we have become bigger and better.”

Khandekar concluded, “We are now creating a home for ourselves. On social media, our content gets lost. Here we have more control over what we want to showcase.”