Gaana to improve its marketing efficiency by 50% by 2022

Shashwat Goswami, Head of Marketing at Gaana, also said that the platform aims to be the YouTube of Podcasters and scale up to 20X in the next 12 months 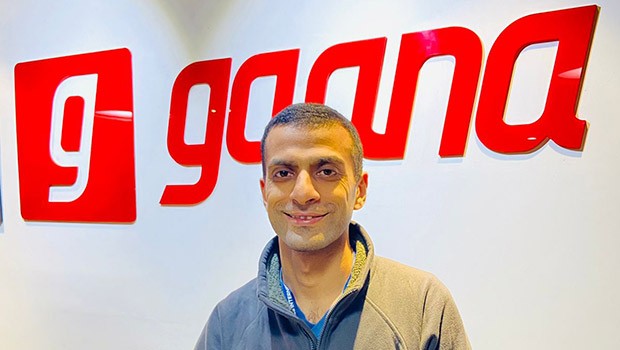 While many reports had suggested that people access music or radio the most while commuting, but even during lockdown when majority of the people were homebound audio streaming grew by 40% in India in 2020.

Shashwat Goswami, Head of Marketing at Gaana, in an interaction with BestMediaInfo.com said that the audio industry is poised for growth. During the pandemic music emerged as a therapeutic medium for people who wanted to escape or enjoy everyday moments. He said consumers now see audio OTT apps as their everyday companion.

Goswami also stated that their efforts towards personalisation and diversification have improved the overall time spent on the app, which especially became visible during the two Covid waves. He said Gaana consumers listen to 36% more songs and the time spent on the app has spiked up by 39% in the last six months. Currently, the app has 180 million monthly users.

Speaking about their marketing strategy for 2022, he said they are focusing on expanding their libraries with music and non-music content. According to him, the next phase of growth would come from Indie music and podcasts, as they are getting increasingly localised and language-specific. As they foray into newer markets and focus on regional content, the growth is expected to come from tier two and tier three cities as well.

“In terms of the marketing strategy, we will keep getting more and more segmented in terms of language, genre, etc. Over the last few months, we have improved our marketing efficiency (cost per net added user) by 31% and we aim to increase it by 50% by FY 22,” Goswami said.

“We spend ahead of the curve to maintain our leadership position on brand love and user base. While we cannot share numbers on this, we remain committed to the potential of the Indian market and our aim continues to be to get to 500 million listeners in the next two years,” he added.

Goswami expects the music streaming space to grow exponentially just like video streaming has in the last few years. Their focus remains on ensuring Gaana delivers a great experience and he said there will be more ‘product feature innovations’ from streaming apps to differentiate themselves from others.

In 2021, Gaana launched ‘Dynamic Product Ads’ that enables marketers to create hyper-personalised creative advertisements in real-time. They can tag parts of commercial scripts based on age, gender, location, weather, time, music preference, device, and other third-party data to create and serve relevant advertisements for users. It also launched a self-serve ads platform, where advertisers can plan, create and monitor campaigns on their own. Goswami said the net impact is that the ad revenue per user (ARPU) has grown 135% in the last six months.

The dearth of film music led to Gaana focusing on marketing Indie artists. They launched initiatives, like ‘Gaana Launchpad’ and the ‘Gaana Indie Fest’, that helped people discover a new genre. As a result, Indie music and artists have grown 3x times.

The platform also launched live (digital) concerts on the app and also introduced the pay-per-view model for a number of live events hosted on the platform. However, subscribers of Gaana got full access to these events as a part of their membership.

“We are gearing up for a full-fledged brand campaign after two years that will bring forth the tech prowess of Gaana. The feature will entail a tailor-made listening experience for every user as the app will improve the listening experience by making it effortless and automatic,” said Goswami.

Overall, consumption of podcasts grew by 40% in 2021 and there was also a surge in podcast creation during the pandemic because of its low investment costs. According to Goswami, podcasts are another area of focus for Gaana. “Podcasts have always enjoyed a loyal audience base and on Gaana too we saw a healthy consumption of podcasts. Having said that, currently podcast listening on Gaana comprises 1% of our overall minutes. We aim to be the YouTube of Podcasters and scale up to 20X in the next 12 months.”

Although consumption of podcasts is growing, there are conversations about how the OTT platforms don’t invest enough in promoting those properties.

Goswami said, “Podcasts are still an emerging segment and are marketed accordingly to people that have listened to podcasts earlier or are likely to, given the subject. Marketing of the podcasts off the app is led by the content creators and platforms jointly, on the app it is driven by Gaana in a segmented manner using in-app interventions and targeted notifications.”