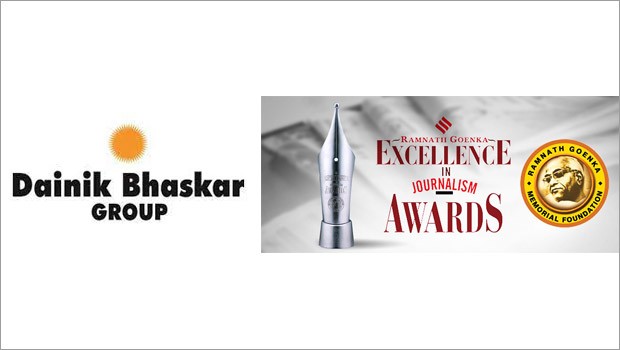 Dainik Bhaskar newspaper group journalist Anand Choudhary has been selected for the Ramnath Goenka Award for Excellence in Journalism, 2019 for Hindi.

“There were many quality entries and the competition was tough. Following a rigorous process of evaluation, our panel of eminent experts has selected your work for this prestigious award instituted in the name of the iconic founder of The Indian Express Group, who devoted his life to encouraging and nurturing courageous and unbiased reporting, and good writing,” a letter from Viveck Goenka, Chairman, Ramnath Goenka Memorial Foundation, to Choudhary read.

It further added that the awards would be presented at a ceremony held next year, “tentatively in March, given government guidelines for hosting an on-ground awards ceremony.”

Choudhary has been selected for the award for unearthing a story of human/child trafficking in rural Rajasthan, where kids were being sold as labour for factories, as per a release from the DB Group.

“Our reporter and their team of photographers and others spent over 15 months on this story that exposed a human-trafficking network that thrived across three tribal districts of Rajasthan adjacent to the Gujarat border. This story was rigorously investigated by our team to ensure continued follow up and directly managed to save the life of over 120 kids,” the release read.

The release also went on to add that as a direct result of the story, a special investigation unit for child and women crime was established at every police district in the state.

“Following the expose, the Rajasthan Police started a special drive on January 1, 2020 and has rescued more than 1,000 children so far,” it said.

Meanwhile, Choudhary said, “Dainik Bhaskar has created the right environment in which we are able to flourish and spend meaningful time at ground zero, not only following up on the story, but also taking it to its logical conclusion. I am proud to be associated with such an organization and humbly accept the award. This accolade is an added joy to the lives of the children that we were able to save and hopefully the countless more lives that will get saved with our story.”