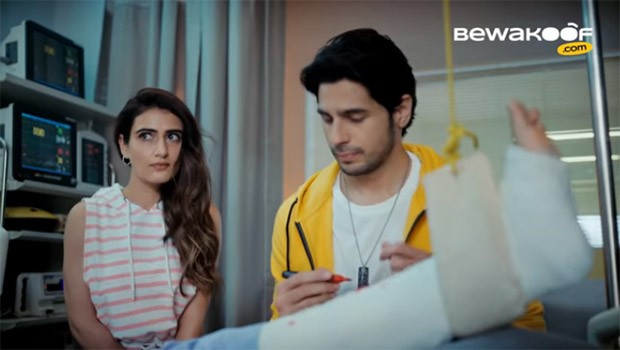 This is the second digital campaign featuring the two actors launched by the brand.

The idea for the tagline stems from the Bewakoof’s brand persona, which stands for expressing yourself freely without any inhibitions.

The stars have been roped in to promote the brand across its digital platforms. The ad films showcase the ‘always fun side’ of the actors, who are seen cracking jokes on each other and showing their mischievous side.

Prabhkiran Singh, Founder CEO, Bewakoof, said, “We are the market leaders in the fashion industry and have built our business without any godfathers. When we thought of rolling out our new campaign, Sid and Fatima were our obvious choice because, as a brand, we identify with them. In our early days, we were ridiculed for our brand name, business model, but we didn't change nor did we give up. As a brand, we see these disruptive qualities in both Sid and Fatima.”

Malhotra said, “Bewakoof has uber cool clothes which you can easily add to your wardrobe. It was a fun collaboration and friendly masti vibe wearing their quirky outfits.”

Shaikh said, “Bewakoof’s journey has been similar to mine. This got me interested in associating with the brand as I could identify with the expressions, language and styling they promote. The comfort level with the brand and the products that I tried won me over.”