The campaign highlights how TV plays a pivotal role in everyday life, just like a family member 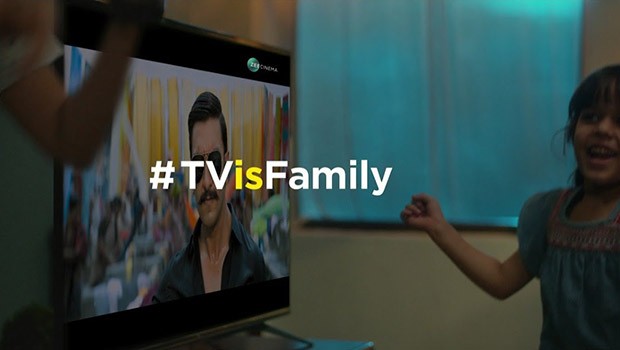 Zee Entertainment Enterprises (ZEEL) launched the second edition of its #TVIsFamily campaign on the occasion of World Television Day.

The company has added a twist to the campaign by introducing peers of television – radio, mobile, laptop, cinema, among others and tried to present a conversation between these gadgets.

Taking last year’s thought forward, the campaign aims to personify television and focuses on the ubiquitous role it plays in every family, and show how it has an undeniable presence through the highs and lows, the laughter and much more.

It also acknowledges the growing influence of other gadgets in users’ life but adds that despite this, 765 million people across the country still spend 903 billion minutes watching TV every week. 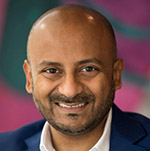 Kartik Mahadev, Chief Marketing Officer, Content Business, ZEEL, said, “TV has been the most trusted and preferred medium reaching 200 million households for decades now. We are delighted to roll out another edition of the #TVIsFamily campaign this year, wherein we have tried to bring to life the emotional connection that audiences have with television. Last year, the ad film received a phenomenal response from viewers who related to the bond they share with television. The introduction of television has been truly transformative and progressive for the global entertainment industry. For decades, television has provided a huge platform to creators, artists, and others by being an effective medium of taking their work to every household across the globe. With more and more mediums of entertainment and information emerging in the past few years, we wanted to bring to the fore how television will always have an undeniable chord with the viewers for generations to come.”

The relation of the public with the TV sets underwent a positive change with the nationwide lockdown announced in March 2020, this happened despite OTT platforms gaining new grounds with their pathbreaking content. The campaign, therefore, is a tribute to the television’s spirit of entertaining families.

As a part of the campaign, ZEEL is building a digital wall on its social media properties, sharing pictures of families who recognize television as an integral part of their lives. Along with viewers, the digital wall also includes star cast from some of Zee’s most popular shows. From Zee TV’s Kumkum Bhagya, Zee Bangla’s Hruta to Zee Keralam’s Neeyum Njanum and Zee Telugu’s Rowdy Gari Pellam, the characters of multiple prime time shows have started social media banter around celebrating the small screen’s presence by posing for a family portrait with television.

ZEEL kickstarted the campaign on November 19 with the introduction of fellow screens such as mobile, laptop, television, cinema, and radio in the comic strip format. The gadgets were given unique identities and are seen sharing their competitiveness and envy about television’s recognition. 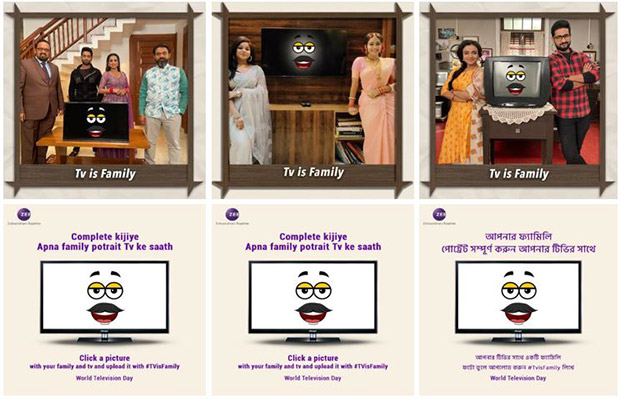