As a part of the association, viewers will be treated to Korean content across Zee Café, &Flix and &PrivéHD 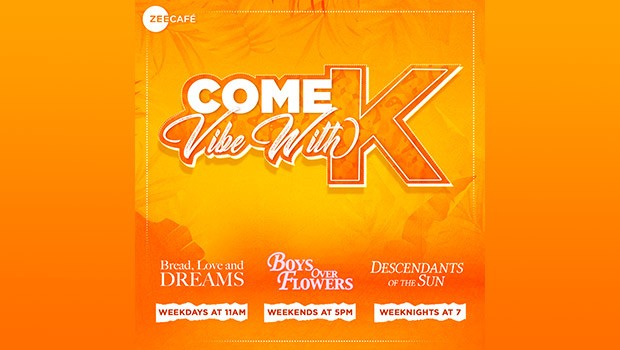 Zee English Cluster has announced a partnership with the Korean Cultural Centre India. As a part of the association, viewers will be treated to Korean content across Zee Café, &Flix and &PrivéHD.

With a social media amplification plan, the invite for the premiere will be extended to the community of Korean culture enthusiasts spread across all corners of the country. "Once you overcome the one-inch-tall barrier of subtitles, you will be introduced to so many more amazing films," said the Golden Globe awardee and Korean filmmaker Bong Joon-Ho in his award-winning speech.

Amit Shah, Cluster Head – North, West and Premium Channels, Zee Entertainment Enterprises, said, “At Zee English Cluster, we have always evolved to suit the changing tastes and preferences of its discerning audience. In the past year, various industry reports suggested a massive spike in the popularity of K-pop and K-dramas. Moreover, reports also suggest a 2.5x increase in Korean language learners in India in 2020 as against the previous year. A major catalyst for this trend is the relatable storylines and themes of these highly emotive plots that truly make for a compelling watch. With our continued commitment to bringing the best of content from all over the world, Korean movies and K-dramas are truly a step in this direction. Also, with our current association, we aim to further strengthen the cultural ties between India and Korea. We’re thrilled to collaborate with the Korean Culture Centre in together bolstering and taking this vision forward by enabling countless movie and international show fans to fall in love with foreign content that feels familiar.”

Hwang Il-yong, director of Korean Culture Centre India, said, “Any meaningful product cannot come out all of sudden or by luck without meaningful input and hidden aim or strategy. Korean government and all governmental bodies in India like us, Korean Cultural Centre India has planted seeds and worked so far with certain policies and strategies.”

He further said, “Korean culture is basically about respecting others and making harmony. We can say Korean culture is a culture of coexistence. With its original character, we also have been operating and organising all cultural and educational programmes to introduce Korean culture and invite Indian friends to participate and regenerate their own culture on our basis through participating in events like contests and challenge events. We do not insist on our authenticity, but we do respect and encourage glocalization. Korean culture which has been localised and reproduced by Indians can be the product of this character and strategy. More glocalisation in various fields, fashion, beauty, items, pop culture to come up and produce the fruit."

Here are shows that will be aired on the Zee English cluster channels throughout the month: