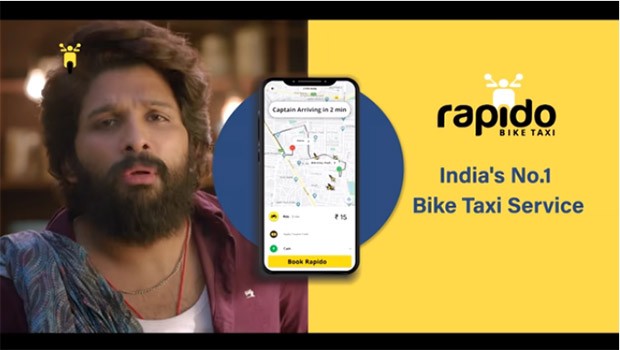 Rapido’s new commercial, which features actor Allu Arjun, has offended Telangana State Road Transport Corporation (TSRTC). The state-owned corporation has alleged that the ad demeans the buses being plied by it.

In the ad, the actor, who plays a dosa vendor, is seen pointing at a state bus and saying that they take too long to commute and are overcrowded. He then goes on to suggest that using the bike taxi service, Rapido, is much more convenient.

“Demeaning the TSRTC will neither be tolerated by the TSRTC management nor by the commuters, admirers, and our own serving and retired employees,” he said in a statement.

The brand has also released a Hindi version of the ad, starring Ranveer Singh, where the actor is playing a street vendor. Although the bus shown in the Hindi version has no labels.