The theoretical approach suggested by the Prasar Bharati CEO led TRP committee does not provide any concrete roadmap for India's broadcasting industry and falls short of providing solutions for any of the burning issues, experts feel 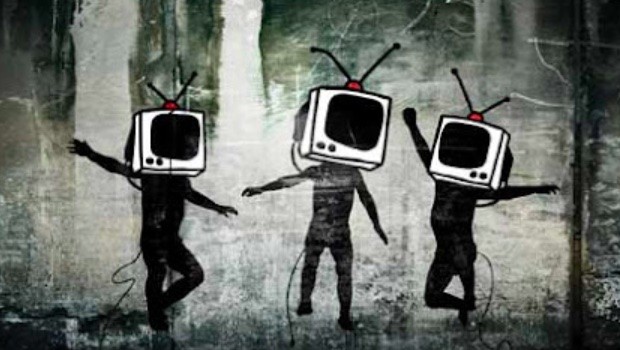 As the TRP committee report is awaiting comments from broadcasting bodies and BARC India, experts, spread across the stakeholders, find it nothing more than an academic research paper which is devoid of any practical solution.

“The recommendations do not provide any practical solution, it rather reads like an academic research paper,” said a top broadcasting industry executive on the condition of anonymity.

Experts believe that the government appointed committee did not dive deep into the issues being faced by the industry, nor did it do a proper industry wide consultation to understand them.

According to a senior executive, holding an important position at one of the broadcaster bodies, the report is only a validation of TRAI’s recommendations with a few changes suggested in the policy guidelines for TV rating agencies in India.

The experts said that though the committee wants to bolster the technical oversight of BARC India, move to Return Path Data (RPD) and create competition to BARC India, it does not suggest how are these initiatives going to be funded, when it’s a given that it would involve a large sum of money.

In the present system, only the IBDF has invested in BARC India.

The stakeholders for whom ratings matter the most are advertisers and their industry bodies.

"However, the two key advertising bodies have not paid or invested anything in BARC but have found stakes and management control because of the guidelines. Government officers do not even know these things," said a TV executive, requesting anonymity.

Sharing if the government appointed committee's recommendations will make any difference, a media agency head said, "Advertisers feel the government does not have to do anything with the ratings because it is between them and the broadcasters. Despite knowing that only IBDF had invested in the viewership measurement body, news channels keep complaining about BARC to the government and the regulator but they don’t tell the actual story behind the formation and functioning of BARC. The government doesn't want to know it either."

Another broadcasting industry executive said that if the committee thinks that there should be an alternative to BARC, it should also share how it should be formed and who would be funding it.

"Whatever recommendations have been made, it ultimately boils down to money. Where will the money come from? Among all the shareholders, only broadcasters are ready to invest," he added.

The report also mentions some “invisible barriers” that are coming in the way of creating competition for BARC India. The report, however, does not mention what those barriers are.

Another TV executive said that the recommendation to set up a competition to BARC is foolish as nobody wants to invest in getting new technology for the existing body, let alone bankrolling a new measurement currency.

When asked about “invisible barriers”, the executive said, “No one is stopping any company to establish a BARC-like organisation. Though the guidelines for BARC needs to change which says only industry associations can form a rating body. IBDF has already formed one with other stakeholders. Some other industry associations will have to take the initiative. Now, which industry association will invest such big money?”

“The other question is whether advertisers will consider that as a reliable rating. If they don’t, then what is the point of establishing another rating agency. If private players are allowed to establish a rating agency, they tend to increase the ratings of their channels," he added.

"When the government asked BARC to raise the number of meters, it was IBDF that came to the rescue and increased the investment four-fold. It was then Star India CEO Uday Shankar who paid Rs 16 crore instead of Rs 4 crore and then Zee TV, Viacom18 and Sony Pictures Networks also increased their budgets. The government must realise that it is a very capital-intensive sector," he added.

The report says that multiple currencies exist only in the USA and Brazil and these countries have higher percentages of people meters.

"Now, both the countries have had rating systems for about 50 years. Whereas, BARC is just about six years old," said another executive from the broadcasting industry.

The report talks about Return Path Data in detail but falls short of the ways of standardising the data collection method and making the necessary investments to upgrade the infrastructure.

As reported by BestMediaInfo.com earlier, some DTH operators and DPOs are already selling this data to individual broadcasters for a hefty fee.

“This informal model may lead to a number of confusing data currencies and could end up becoming another revenue stream for the operators without providing any major benefit to the industry as a whole,” said an industry observer.