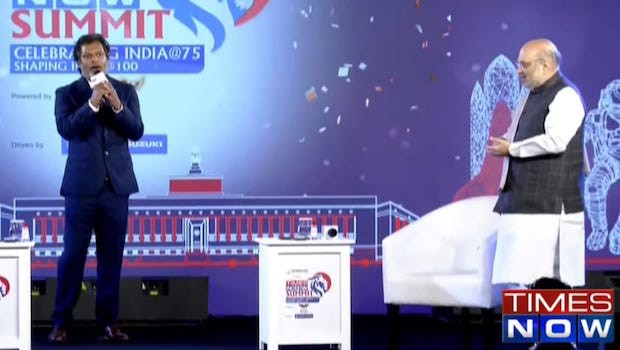 After launching the first Hindi news channel in HD version earlier this year on August 1, Times Network has announced that the SD version of Times Now Navbharat will go on air on January 1, 2022.

The announcement was made by Times Network MD and CEO MK Anand in the presence of Union Home Minister Amit Shah at the inaugural session of second edition of Times Now Summit being held in New Delhi today.

Speaking at the launch announcement, Home Minister Shah congratulated Times Network and said, “Times Group has a history of journalism and I wish it succeeds well in the new endeavour as well.”