In 2020, the retail sales stood at Rs 72,000 crore while it was Rs 60,000 crore in 2019. Traders’ body CAIT says the unprecedented Diwali sales has re-established buoyancy of offline markets 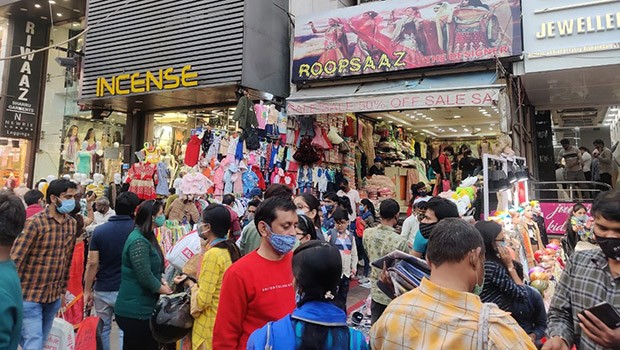 On Diwali, people thronged the markets fiercely and helped in generating huge business to the tune of 1.25 lakh crore which is record trade figure in last 10 years on the occasion of Diwali, the Confederation of All India Traders (CAIT) has said.

While the sales of gold jewellery and silverware contributed with more than Rs 9,000 crore, this Diwali also brought a sizeable business to the tune of Rs 15,000 crore for packaging commodity.

“The unprecedented turnout of consumers in physical markets leading to record breaking figure of Rs 1.25 lakh crore Diwali festival sale across the Country has once again established the confidence of the consumers on traders and also vibrancy of offline trade in India is reiterated. It’s also a strong, fittest and credible answer to all those so called think tanks, economists & retail experts and some section in Government quarters who were repeatedly saying that “gone are the days of offline trade” as e-commerce will overtake retail trade in India soon and have put question marks on relevance of markets in India,” said Praveen Khandelwal, Secretary General of CAIT.

Khandelwal took this opportunity to hit at e-Commerce players. “The purchasing pattern of the consumers has greatly prompted the CAIT to demand the Government to put an end to unholy nexus of foreign funded e-commerce companies, big brands providing exclusivity and banks providing cash back on purchase from online portals. This kind of discriminatory treatment will not be tolerated any further by the traders. The CAIT has also decided to launch a “clean up operation of retail trade and e-commerce,” the strategy of which will be decided by trade leaders of all states in an online conference convened by CAIT on November 16,” he said.

CAIT National President BC Bhartia said that with revival of business on such a strong note, it is necessary that this energetic spirit of both traders and the consumers should be continued to build a robust and growth oriented retail trade which has seen its worst days in last two years. “The CAIT has decided to take the mettle further and will launch a special drive to upgrade, modernise and computerise the existing format of retail trade under the “Digital India” and will soon hold talks with both Central & State Governments,” he said.

During this Diwali festival, the big brands in FMCG, Consumer Durables, Electronics, Mobiles, Foodgrain, toys, Gift articles, kitchenware and kitchen equipment, footwear, optical items, Readymade garments, fashion apparels, etc. registered a growth of about 15- 20% at the level of distributors and retailers whereas thousands of local brands or emerging brands at state levels grew upto 40% to 45% in terms of sales.

“There are few hundred of big brands but more than 25 thousand local brands in different verticals of retail trade operating their business activities since a long time and their dealer and retailer network is much larger than branded products and so also the sales turnovers which underline the fact that local brands still dominate with having a impressive share of about 60% of consumer expenditure in the country. In the light of this fact, the Government must bring desired changes in its policy and craft out new and incentive based support policies for retail trade,” said Bhartia and Khandelwal.

Bhartia and Khandelwal further said that items made or produced by small artisans, potters, craftsmen and local small entrepreneurs remained in huge demand and therefore special efforts and steps are needed to bring them in mainline of retail trade. “This small but important sector has registered a whopping growth of 70% in their business as per an estimate. There is a need to revive the concept of village and cottage industry in the country,” they said.

A few important sectors like utensils, wedding & greeting cards, auto spare parts, machinery and few other verticals of retail could not do well and inspite of hike in prices in comparison to last year, their sales did not perform well.

“We need to identify such verticals and engage them to do better in future. The inclusive growth shall be the key factor for spreading the wings of domestic retail trade of India in a most structured way,” the CAIT office bearers said.

“In view of the tremendous performance of offline trade, a CAIT delegation is planning to meet Union Commerce Minister Piyush Goyal to urge him to roll out National Policy for Retail Trade and to pin an end to highly discriminatory and rules violative malpractices of foreign funded e commerce giants, roll out e-commerce rules, e-commerce policy and a new press note in place of press note no 2 of FDI policy, 2018,” said Bhartia and Khandelwal.