The campaign is conceptualized by What’s Your Problem, a Wondrlab company 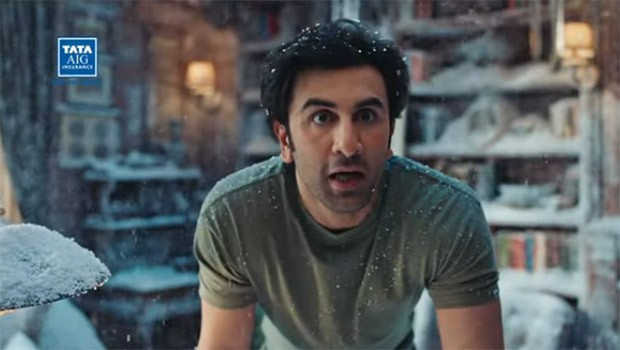 The campaign, conceptualized by What’s Your Problem, a Wondrlab company, attempts to showcase the brand striving to always put the needs of its customers first.

Amit Akali, Co-founder and Chief Creative Officer, Wondrlab, said, “Very rarely do you get a campaign where everything falls in place. When we started with interviewing stakeholders at the client’s end, we realized that while Tata AIG is an extremely trusted name in the category, like any Tata company, they are also a lot more. In the last few years, they’ve added numerous features to their offerings like self-service, digital products, quick claim settlement, etc. The immediate thought that came to mind was – ‘sirf trusted naam nahin, fantastic kaam bhi’.”

“After that, in discussions, we realized that similarly there was one celebrity who not only lived up to his family name and legacy, but had put in efforts to go way beyond, and that was Ranbir Kapoor. In fact, there were no plans to get a celebrity on board initially, but we all realized this was a perfect fit. Ranbir’s ethos and the brand’s ethos were the same. The films bring alive the ‘naam and kaam’ philosophy by exploring the dynamism between the superstar and a young celebrity manager who can’t wrap his head around his sir’s extreme efforts. The campaign also highlights the unique offerings of Tata AIG with a series of quirky feature-led shorties. Seeing Ranbir in never-seen-before avatars is sure to catch everyone’s eyes. A big thanks to director Abhijit Sudhakar for bringing these amazing and entertaining situations to life,” he added.

Meanwhile, Parag Ved, President, Consumer Business, Tata AIG General Insurance, said, “Our focus has always been to be transparent and create awareness about the various aspects consumers should consider while signing up for insurance. The current campaign does just that, put consumers first and educate them. Ranbir was the perfect fit as he brings in legacy which our brand is also attached to.”