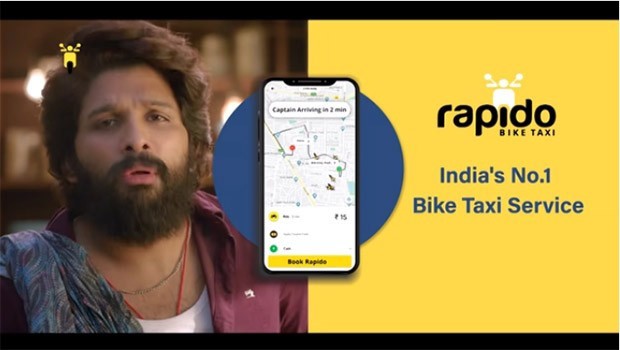 Amit Verma, Head of Marketing, Rapido, said, “We have taken cognizance of the objection raised against our advertisement by TSRTC and will be humbly requesting seven days-notice to respond to the same.”

The company said that the Rapido TVC campaign was devised to spread awareness about its services, bike taxis, that can swiftly cut-through traffic to offer last-mile connectivity, timely, convenient, and pocket-friendly rides.

“Our TVC, a light-hearted take, has been devised purely with the idea of entertaining the audience and seeding the benefits of bike taxis. We would like to explicitly state that by no means are we trying to discourage the audiences from utilising other modes of travel. Instead, we are urging them to explore alternate mediums such as Rapido for an affordable and convenient daily commute,” Verma further said.

Rapido’s commercial featuring actor Allu Arjun had offended Telangana State Road Transport Corporation (TSRTC). The state-owned corporation has alleged that the ad demeans the buses being plied by it.

In the ad, the actor, who plays a dosa vendor, is seen pointing at a state bus and saying that they take too long to commute and are overcrowded. He then goes on to suggest that using the bike taxi service, Rapido, is much more convenient.

In a complaint, VC Sajjanar, IPS and MD TSRTC said that the Road Transport Corporation buses are being run for the benefit of the common man and the actors should promote public transport for the benefit of the environment. “Demeaning the TSRTC will neither be tolerated by the TSRTC management nor by the commuters, admirers, and our own serving and retired employees,” he said in a statement.

Verma reiterated, “Our intention was only to offer an alternate mode of commuting and was far from being malicious or defaming to any authority or person.”

The brand has also released a Hindi version of the ad, starring Ranveer Singh, where the actor is playing a street vendor. Although the bus shown in the Hindi version has no labels.