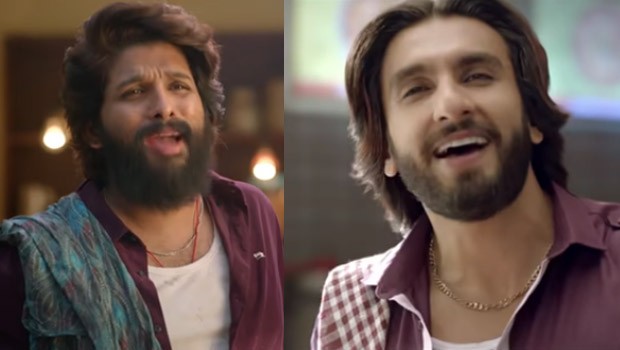 Rapido has announced its first celebrity campaign ‘Smart ho, toh Rapido’. Rapido’s strategic objective behind the campaign is to portray itself as a customer-centric brand and educate people about its key offerings and USPs. This is the first time the company has roped in movie superstars to spread awareness about its unique services, intending to strengthen its presence in the market and transform daily commutes for the better.

Amit Verma, Head of Marketing, Rapido, said, “We are delighted to introduce our first celebrity campaign with Ranveer Singh and Allu Arjun. Both these brilliant actors will help us seed the idea of using Rapido as an alternative yet regular medium of travel among the masses, ushering in an era of affordable and convenient daily commute”.

As a part of the ad campaign, Ranveer Singh and Allu Arjun will entertain their fans by enacting the roles of Babban and Guru, both smart and clever personalities. Their unique and interesting characters will guide daily commuters, who are fed up with the hassles of traveling via buses/autos, to opt for a smart option like Rapido. The bike taxis offered by Rapido can swiftly cut through the traffic to offer timely, convenient, and pocket-friendly rides.

Ranveer Singh said, “I am glad to be associated with Rapido. I really enjoyed collaborating on our first campaign together. It was a delightful experience shooting for this ad film, playing a peculiar character (Babban) who has a unique and original style and persona. Rapido is all set to make waves and I’m happy to contribute my bit in what I’m sure will be a successful endeavor”

“I like to consider myself as a person who knows how to tackle a situation with the best possible solution. That’s why I was excited when Rapido approached me for the role of Guru, which resembles me. What Rapido is doing is quite exceptional and I’m happy to be a part of this campaign, which will help them scale their market presence to new heights”, added Allu Arjun.