Experts share that digital will not be eating into the print and TV’s share but will be inflating the overall spends to some extent. Digital news publishers increase ad rates by 15 to 25% for the political parties as they continue to woo first-time voters

Political parties will spend about 20-25% of their overall advertising budget on digital platforms ahead of the upcoming assembly elections. Unlike Kerala, where the majority of the advertising was digital by political parties, Uttar Pradesh will witness the majority of the ad spends going into traditional mediums to appeal to the masses ahead of the elections.

However, there is a significant 15-20% increase in the spending of political parties towards the digital medium. While they will continue to allocate major chunks towards Google, Facebook and YouTube, news publishers too will attract good spends. These sites have in fact increased their ad rates by at least 15% for the parties.

Advertising spends on social media have seen a notable jump with the upcoming assembly elections, especially in the state of Uttar Pradesh, as compared to previous elections.

Due to the deeper internet penetration across markets, parties are incessantly using this tool, and generating content to understand and woo first-time voters in an efficient way to reach them digitally. Platforms like Facebook and Twitter make it convenient to target a large number of people. 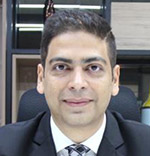 As per reports, this year it will grow at least by 40-50%, said Himanshu Arya, Founder and CEO, Grapes.

Digital political campaigns are being revolutionised by the integration of data analytics and social media tools.

Arya shared that parties, specifically in the large states, have built online infrastructure, be it having a strong database of mobile phone users in the state, or creating WhatsApp groups. 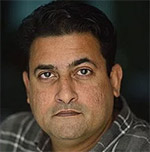 Most of the Indian population is below the age of 30 and the majority of them have access to mobile phones. It is therefore very important for all parties to tap the digital landscape, said Boby Paul, General Manager, Marketing, Manorama Online. Since print’s reach is limited, especially for native speakers, political parties do tend to fall back on digital mediums to build an opinion.

He said that after TV, digital is the second largest medium and has overtaken print. Also, political parties will take into consideration how internet consumption is high and has been consistently increasing in the last few years.

“Print, however, has a good say when it comes to political advertisements despite having a short shelf life. For these parties, print and TV still rule, especially in the states where elections are scheduled,” he added.

Another digital news publisher said that ahead of these elections, the platforms have increased their rates by 15 to 25%. For Assembly elections, digital ads are confined to websites from that state. There will be a rate hike but normally a premium is fixed for political advertising. 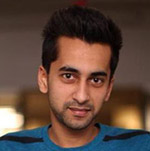 Vivek Shah, Partner and Performance Lead, Django Digital, too agreed that political advertisements have not eaten into the share of print and TV.

“Overall, there is about 20-25% of their overall budget going into digital versus all other advertisements including news channels, TV, print. They are still bigger on print; TV and OOH mainly and then comes digital. When it comes to spending on digital, as compared to last elections, there will be a 15 -20% spike. But the share of TV, print and OOH is far higher given that parties are targeting the masses,” he said.

Vishnu Sharma, Founder and CEO, Efficacy Worldwide, said that print and TV still hold importance for political advertising, and digital will not be eating into their share but will be inflating the overall spends to some extent. “However, print and TV will not see the kind of surge which they have witnessed in the past. More than 35% of their total digital spends will be pure play advertising, whereas “sponsored” content will be way beyond 45-50%,” Sharma said.

While transparency will be the theme for all these players, he said that there are enough and more possibilities which they cannot control. The latest trend is of fan pages being created on social media handles, the mushrooming of web news portals and apps is something beyond the control of platforms or government bodies to control.

“The biggest play had already started way back in the last 8-12 months with various news portals, apps, FB fan pages along with bloggers mushrooming and catering to local follower groups aligned to one or the other political parties. Programmatic campaigns are being planned, and area-wise cohorts are being sharpened for targeting. These spends can never be dovetailed back into political advertising as there is a thin line between real followers and paid micro influencers. This content play is what will determine the direction of elections and spends on such “organic content” can never be determined till we have much more tech-driven AI tools scouring the web for such motivated content pieces on the WWW,” he said.

While Facebook publishes weekly figures on ads library on political spends, Google states it provides information about Lok Sabha election ads that feature or are run by a political party, a political candidate, or a current member of the Lok Sabha.

The Bharatiya Janata Party (BJP) has emerged as the single largest spender on political ads on Google, social media giant Facebook and other sister platforms of the company.

According to the Google Transparency report, BJP, since May 2018, has spent around Rs 17 crore – making it one of the biggest spenders. Its messaging has picked up the pace for the UP state, setting the stage for state elections which are due in the next year.

Experts added that parties will increase their digital spends to connect with voters through Facebook, Twitter, Google, and other platforms and to give a cut-throat competition to other parties.