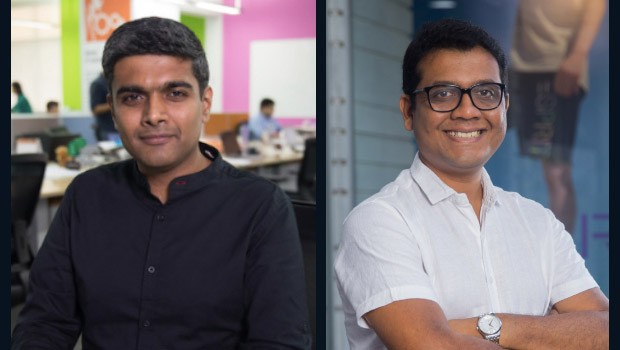 At this juncture, where Myntra is ready to make new strides, the Group CFO, Sriram Venkatraman will be a key advisor to the leadership team as interim CFO at Myntra for the next few months. “This decision comes at a time when Ramesh Bafna, CFO, Myntra, who has been with the Flipkart Group for the last 7 years, has decided to pursue career opportunities outside of Myntra. Ramesh has contributed immensely during his stint at Myntra, strengthening the Finance function and setting systems and processes to help scale the growth further,” said the outgoing CEO Nagaram in an internal email to staff.

He said the evolution of Myntra over the years has been enabled by a set of able leaders, including Harish Narayanan. Under his leadership, Myntra’s marketing function has expanded its shift to digital, strengthening its content and commerce play.

“In pursuit of his passion for early-stage start-ups, after nearly two and a half years, he has decided to write the next chapter of his career in the ed-tech space. He has been our Diversity sponsor and has delivered many initiatives beyond his role as a CMO,” said Nagaram.

He said Harish Narayanan and Ramesh Bafna have been passionately invested in Myntra’s growth and evolution over the years. “Along with being inspiring leaders, we have all known them as mentors, friends, and guides. They will continue in their roles at Myntra till January 2022, to help ensure a smooth transition,” said Nagaram. “As they move on to their next career stints, I thank them for leaving behind a strong legacy, and for many memorable moments shared together. Apart from this, there will be no changes in the Marketing and Finance organization structures. We will share details of their successors in due course.”

Over the years, Nagaram said Myntra has reinforced its position as one of India’s leading and most-loved fashion destinations. Strengthening the Group’s aspiration to be the leader in the fashion, beauty and lifestyle space in the country, he said Myntra continues to make considerable strategic investments that fuel its huge potential, and this will continue moving forward.

Last week, Myntra announced the appointment of Nandita Sinha as Chief Executive Officer, effective January 1, 2022. Sinha will join Myntra from group company Flipkart, where, as vice president, Customer Growth and Marketing, she is currently leading the overall charter for marketing.

“Please join me in wishing Harish and Ramesh the best in their future endeavours and thanking Sriram for his support and guidance. I am confident that under the guidance of our leadership team, now strengthened by the addition of Nandita Sinha and Sharon Pais, as Myntra’s CEO and CBO respectively, Myntra will continue on its path of democratising fashion for all, while fostering its people-first culture,” said Nagaram.