Large print publishers recover up to 92% of pre-Covid level

The ongoing festive season and the upcoming Uttar Pradesh, Uttarakhand and Punjab assembly elections will ensure that H2 numbers are even better for both Hindi and English dailies 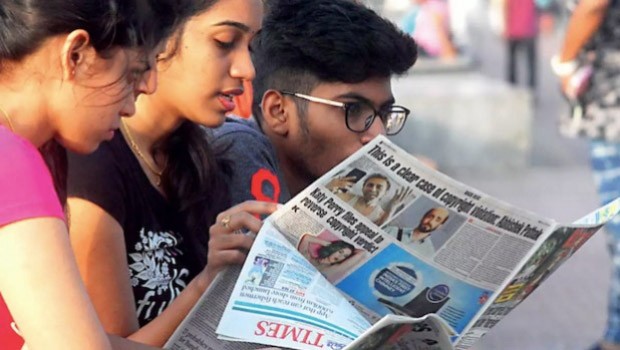 Large print publishers are today recovering faster than what was predicted in several industry reports. Going by the financial results declared by four top newspapers for the quarter ending September 30, 2021, Hindi newspapers have witnessed a bumper recovery, of up to 92%, of pre-Covid levels.

DB Corp, the publishers of Dainik Bhaskar, Divya Bhaskar, Divya Marathi and Saurashtra Samachar, touched 84.58% of pre-Covid revenues in the quarter ending September 30, 2021. The recovery in terms of the advertising revenue of DB Corp stood at 82.53%.

Jagran Prakashan, the owners of Dainik Jagran, posted 81.51% recovery in its total revenue on pre-Covid levels. The advertising revenue of Jagran achieved 80% recovery when compared to the corresponding period in FY20.

The revenues of HT Media, the publisher of English daily Hindustan Times, touched 66.68% in Q2FY22 of the pre-Covid level.

According to sources, the recovery for the Times of India group stands at almost 75%, as compared to the pre-Covid levels.

In the ongoing quarter (Q3), the newspapers are likely to perform even better because of the festive season.

Going by the increased inventory and stabilised ad rates, experts believe that top English newspapers including TOI, Hindustan Times and The Hindu among others are likely to post up to 80% of the corresponding quarter of FY20.

For Hindi, the recovery would be as high as 95%.

The assembly elections in three northern states would also give a further push to the newspapers.

“The upcoming Uttar Pradesh, Uttarakhand and Punjab assembly elections would ensure that the growth of Hindi remains stupendous in Q4. There’s a strong chance that the revenue of top three-four players may surpass even the pre-Covid levels. The effect of increased spending around elections will also ensure that English dailies have a good H2,” said a leading media planner.

The Uttar Pradesh, Uttarakhand and Punjab governments have already started with their print campaigns. The UP government recently did a four page advertorial in the Economic Times and Indian Express. More such advertorials are expected in the coming days in both Hindi and English dailies.

India’s print industry that was already dealing with the onslaught of digital saw its revenue falling sharply because of the Covid-19 pandemic. The English dailies are yet to regain their pre-covid circulation numbers.

Earlier this year, several reports had predicted that it is going to be a long road for the print industry to recover from the impact of the pandemic.

“Going by the current trends the print will be back sooner than expected. If there’s no third wave post the festive season, we are sure that Q4 would be bumper for the industry,” said another media planner requesting anonymity.