Chandra, however, gave an open-ended answer to the question of economic regulation of broadcasting in India 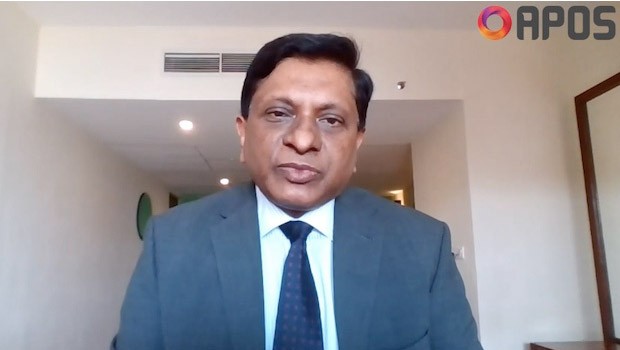 The Ministry of Information and Broadcasting is open to the idea of having an external member, from the broadcasting sector, in the Telecom Regulatory Authority of India, and is seeking suggestions from the industry for the same, said Secretary, I&B Ministry, Apurva Chandra, at Apos organised by Media Partners Asia today.

He, however, gave an open-ended answer to the question of whether there should be economic (light-touch) regulation of broadcasting in India.

His answer can however be interpreted as referring to a possible change in the situation in near future, as stakeholders have been demanding to free the broadcasting sector from TRAI’s shackles.

Meanwhile, he added that the I&B Ministry is in touch with the broadcasters, over apprehensions surrounding the NTO 2.0 brought in by TRAI, and are passing on their concerns to the regulatory body.

“The regulator has come out with the second level of the new tariff order, which is popularly called NTO 2.0. There also, the broadcasters have some apprehensions. TRAI is a quasi-judicial body and the decisions by it are challengeable before the courts, but we are also in touch with the broadcasters and carrying their concerns to the regulator,” he said.

The senior official also shared that the media and entertainment industry is quite diversified and, therefore, there is a need for a “wider debate” in order to come up with a unified policy for regulation.

“The media and entertainment industry is not one cohesive whole. There are several ways in which content is consumed by the public, be it TV, newspaper, music, OTT, there are many avenues. Then there are those who are broadcasting it, so there are many views and opinions and whether all of them can come under one common policy it is to be seen. I think it'll require a much larger, deeper debate, because I think we come out with one common policy there will be some winners and some losers and we will have to take into account everyone's concerns,” he said.

Chandra also stated that the entertainment sector, which as per him is about $ 25 billion in India, will continue to grow at 9 to 10% every year and by the year 2030 he expects it to reach at least $ 70 billion.

He also said that the future of OTT in India appears to be very bright and it will continue growing in the years to come. He added that the self-regulation mode for OTT platforms, chosen by the government, has turned out to be working perfectly and there have been “no complaints received by the regulatory body in the eight to ten months” since the policy was formulated.

“The Ministry came out with the Digital Media Content Regulations in January 2021, and we have kept light-touch regulations on OTT content. There have been demands that this should also be censored, this should also go through the system of Central Board of Film Certification. But we've kept it under a three-tier level of self-regulation. So, the first level is the content creator themselves certify in case there is any complaint or take suitable action. The second level is a self-regulatory mechanism, which is again created by the content providers. At the third level, there is an inter-ministerial committee in the I&B Ministry, which can issue some sort of advisory but I am happy to note that over the past 8-10 months we have not received any complaints and we've not been asked to exercise our authority in any way,” Chandra said.

The official also shared that the Ministry is working fast on the process of coming up with a portal, to smoothen the process for broadcasters and new uplinking and downlinking guidelines, both of which will be ready in the next three to four months.

“To make broadcasting more friendly, the government is coming up with “broadcasting seva portal” in the next three months. This will make the process of any permission or approval which is required from the government completely online. It will not only expedite the process but broadcasters will also be able to see the status of their applications. And that will make it much simpler. The new uplinking and downlinking guidelines are also under consideration with the government which will change the rules simpler and bring about Ease of Doing Business. One is that in the existing rules we make it online and the second is to change the rules per se to make it simple. The first will be done within the next few months, the next also will be completed in the next three to four months,” he said.