Go, make that safe ad instead

As a proud insider, I have never been able to wrap my head around this heretical notion that clients and ad agencies are somehow hand-in-glove in making ads that deliberately trigger the right-wing in our country, writes advertising industry veteran Vistasp Hodiwala 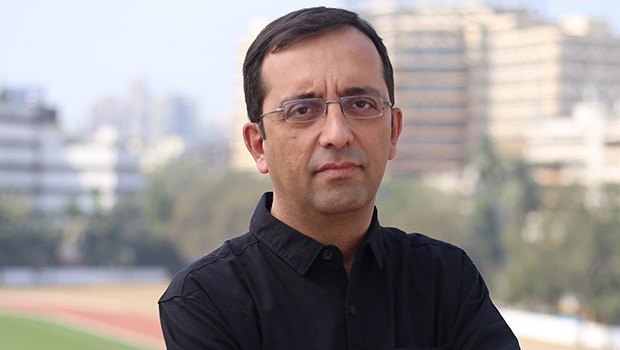 Here’s a fictitious conversation between a brand manager and an ad agency head, that could very well be a real one given the times we are living in. Either of them could be the initiator of this conversation, so here it goes:

A-So, can we also make an ad that will get banned by the right-wing?

B-What good would that do?

A-It would trend for at least 2 to 3 days before we pull it off and our TG would have seen and heard all about it before it’s taken off.

B-Ah, clever, but won’t that land us in trouble?

A-No, we would apologise ‘sincerely’ in a flash and move on. Some will applaud us for our courage while others will dump abuse on us, and either way, the ad will make it everywhere without the commensurate ad spend.

Too much cynicism there?

This rank oversimplification, of what is a rather complex decision involving multiple stakeholders on the communication spectrum, is laughable on the face. But equally, it’s now time to ask the question if it’s entirely implausible, or is there more to this theory than we have cared to examine till date?

As a proud insider, I have never been able to wrap my head around this heretical notion that clients and ad agencies are somehow hand-in-glove in making ads that deliberately trigger the right-wing in our country. It feels like an outcome of lazy, uninformed thinking, something people who have no idea about the rigours of this profession would blurt out in a heartbeat. The insinuation is terribly offensive and downright naive, and when anyone tried to draw me out in a conversation on this topic I had little patience to explain my stand.

Over the past couple of months though there has been reason enough to revise this steadfast opinion and wonder, at the very least, if our faith in the industry has not been somewhat misplaced.

Some of the ads that hit us before this Diwali seem like standout examples of a cynical exploitation of sentiment, done with no other objective but to 'trend', to offend, and then slyly make amends.

Do I have any evidence to support my hunch? I’m afraid yes, but it’s entirely circumstantial. However, let’s just look at the two strong exhibits we have on record.

Day after day, and month after month, we have been rudely reminded of the fact that while the world beyond our shores celebrates diversity, inclusion and all the things that make humanity a beacon of reason and decency, a sizeably vocal, powerful and politically connected lot in India have not only been speeding without brakes in the exact opposite direction but have compelled everyone to fall in line with their ‘hurt sentiments’. Watching them perform their mind-altering feats on social media one is reminded of the phrase uttered by the three witches in Macbeth: Fair is foul and foul is fair, hover through the fog and filthy air.

So what could explain the presumed innocence of brand managers who have either not done their homework on the ‘culture’ front or have been so absorbed in research reports that they just haven’t had the time to realise that the world outside their worldview has changed irreversibly for the worse.

Is it really possible that they have been hiding under their PPT slides and are yet to grasp the sorry fate of ideas that challenged cultural, social and religious norms year after year since 2014 on a regular basis? Did they even miss something as recently as last year’s Tanishq Ad? Methinks, NOT!

Well, one could argue that the entire point of communication is to move the needle on humanity’s conversation with itself. Or to quote an oft-repeated industry cliché, let’s say the idea is to ‘push the envelope’ in the consumer’s mind, show them the possibilities of an ideal world and motivate them towards making it better than they found it.

What then explains the spineless withdrawal of such purportedly ‘bold’ communication at the first hint of intimidation by the right-wing lobby? Where is the conviction to stand up for your brand’s point of view? How come you have zero interest in arguing your position when venomous, but entirely predictable, tweet projectiles are hurled at you like arrows which come flying from all directions in a poorly made battle episode of a mythological saga? When was the last time you saw any brand manager who backed such communication saying, “Yes, we are withdrawing this communication in the face of unreasoned protests, but we remain unbowed in our backing of this particular idea. We believe there will soon come a time when our society will be mature enough to appreciate the nuances of the script we backed and produced.” (Okay, that last line is a bit much, I grant you that.)

If the whole point is to meekly fold up before firing even a few of your own salvos, why bother blowing up so much money on creating something that in your own head isn’t going to make for a sustainable communication strategy?

Unless, unless… the entire point has all along been to create this communication to fit an altogether different purpose. Which is: Be the wokes to the wokes and placate the rabid right-wing by bending your knees without the slightest sense of embarrassment, just so the idea ‘trends’, makes it to all corners of the country with minimum investment in the media and gets written and talked about ad nauseam.

As a piece of strategy, this seems clever and flawless at first. That is until you consider its long-term impact on the audience which has had enough of this cynical manipulation, both ways. Think about this, the right-wing has deserted you already. As for the liberal lobby, once they see through your devious games, they too will be repelled and stop caring or feeling strongly about it.

As a communication strategist, you cannot pick up causes without at least a modicum of self-belief. You don’t pick them up just because they are cool to latch onto. If there’s no purity of intent or purpose in the work you put out, the hypocrisy will not only show but scream out loud from the same mobile screens which will make it ‘trend’ superficially for a short time period.

This is not to say that that proverbial envelope does not need to be pushed, it most definitely must be, but then have the guts to stand your ground and don’t run for cover at the first tweet by a garrulous minister, a right-wing thug, or your so-called consumers who threaten to uninstall your app. That sort of capitulation only makes your brand lose face faster with both sets of audiences. In the process, you have lost your nerve, and your brand, its hard-earned respect and reputation.

Go, make that ‘safe’ ad instead.

(Vistasp Hodiwala is the Co-Founder and Chief Creative Officer of the Mumbai-based ad agency Underdog and Partner at the Digital Start-up Centrick. He believes Mark Zuckerberg should be paying him for the time he spends on social media, but is too proud to ask for remuneration.)