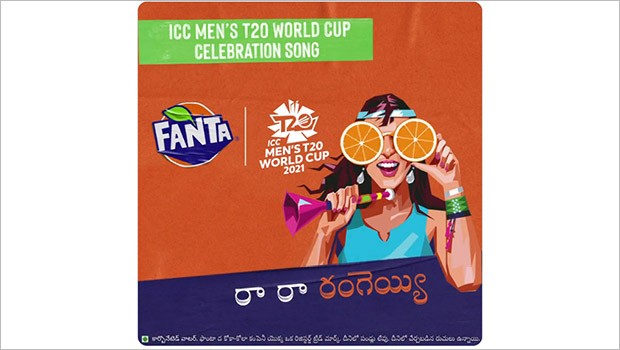 Indian cricket fans have been heartbroken for the past two weeks as India's chances of making it to the semi-finals of ICC T20 World Cup seem bleak. The team lost both their matches, against arch-rivals Pakistan as well as New Zealand, in the opening round and people have been expressing their disappointment on the internet.

Amidst all this, Fanta continued with its ICC T20 anthem 'Rang Ja', originally released on October 22.

The video for the ICC Men’s T20 World Cup Celebration Song is here! ???????? #RaRaRangey#ColourfulFans, ready for cricket fever to take over? Share the song and show your love for the game. ???????? pic.twitter.com/GvVOEjkpYQ

Netizens took social media to express their disappointment over the brand continuing with the campaign despite India's poor performance.

The brand had rolled out a celebration Song for the tournament, featuring cricket fans, fan groups as well as girlfriends and wives of cricketers. The brand had further asked audiences to record their dance steps on the anthem and upload them using #ColourfulFans tag to show their support.

Communications Consultant Karthik Srinivasan said the brand should have read the room and made concessions about the timing of the campaign.

"I understand that Fanta has an official tie-up with the tournament or BCCI/ICC for this campaign, but couldn't they read the room and make some concessions with regard to the timing of their campaign cadence? A promoted tweet and a promoted trend, a day after India lost very badly to New Zealand and are destined to be out of the tournament (unless miracles happen) seems like really awkward timing, ” he said in a Linkedin post.

Mayank Sharma, a Linkedin user and Founder of Strathfield Sports said the campaign is now giving the feeling that the brand does not care if India wins or loses.

A Twitter user said, "An unfortunate ad! Made with high hopes on #TeamIndia riding high but ended up pouring cold Fanta on the hopes of Indian Cricket fans."

However, some experts also suggest that since the ad is 'promoted', it cannot be taken down easily. The promoted trends are road blocked many days in advance from the advertiser. They say this is a classic case of timing gone wrong on the advertiser's end.