Bachchan had announced his withdrawal from the campaign in October 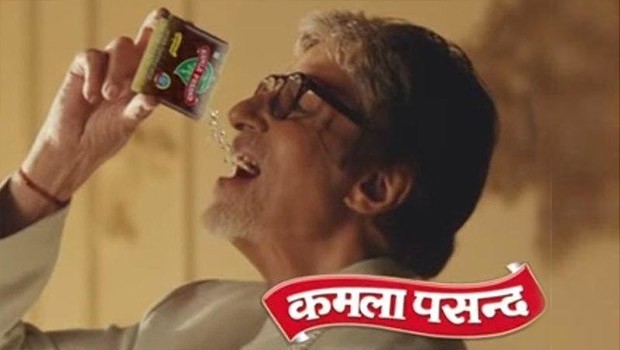 Earlier this year, the superstar had signed a contract for promotion of the brand. He later took to social media platforms, in October, to announce his withdrawal from the campaign after anti-tobacco organisations requested him to stay away from endorsing the Pan masala brand, taking his mass appeal and influence on the public into account. Shekhar Salkar, President, National Organisation for Tobacco Eradication, had written to him about the impact of pan masala on health.

The veteran actor had also been heavily trolled on social media platforms due to his association with the campaign.

Bachchan had announced his withdrawal from Kamla Pasand’s campaign in October this year. According to an official statement from the actor’s office, the actor has scrapped the deal because he was not aware that it falls under surrogate advertising.

“It was revealed that when Mr Bachchan became associated with the brand, he wasn’t aware that it falls under surrogate advertising. Mr Bachchan has terminated the contract with the brand, has written to them about his termination and has returned the money received for the promotion,” said the actor’s blog post earlier this year.

According to ASCI (Advertising Standards Council India), by law, tobacco advertising is not allowed. The Cigarettes and Other Tobacco Products Act, 2003 or COTPA, 2003 is an Act of Parliament of India enacted in 2003 to prohibit the advertisement of, and to provide for the regulation of trade and commerce in, and production, supply and distribution of cigarettes and other tobacco products in India.

The ASCI code also has clear guidelines in place for advertising of brand extensions of products whose advertising is prohibited by law. ASCI’s guidelines also state that celebrities should not participate in advertisements of products that by law require a health warning in their ads or packaging.