ABP News’ latest ad urges people to talk about their future, not personalities

The campaign is conceived by 82.5 Communications and has three films directed by Pradeep Sarkar of Apacalypso Filmworks 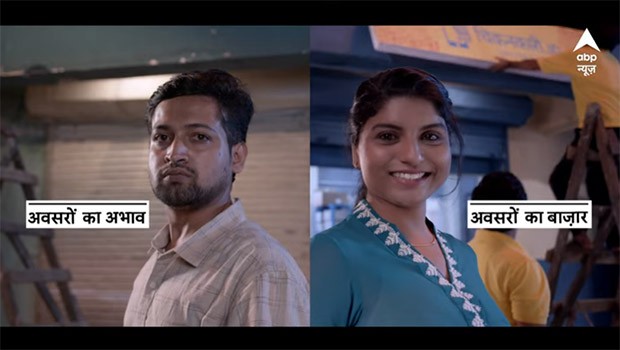 The recently released ABP News’ ad campaign advises its viewers to encourage conversations around real issues that concern them instead of focusing on personalities and speculations about the likely outcome of the elections, at a time when elections in some of the country’s key states are right around the corner.

The advertising campaign for ‘Kaun Banega Mukhyamantri?’, ABP News’ special programme for the forthcoming elections focuses on both positive and negative factors which need to be addressed by the candidates cutting across party lines.

The campaign, conceived by 82.5 Communications, has three films directed by Pradeep Sarkar, of Apacalypso Filmworks.

Sumanto Chattopadhyay, Chairman and CCO, 82.5 Communications India, said, “We can make the right decision only when we see both sides of an issue. That's why this advertising campaign is important and meaningful.”